The ECITB has received the overwhelming backing of industry, with engineering construction companies voting resoundingly in favour of the Government skills body’s proposed levy rates for the next three years.

Engineering construction companies have voted in favour of the ECITB’s levy proposals for 2023-25. In a resoundingly positive response, 85% of levy-paying employers, representing 97% of the industrial training levy paid, voted in favour.

The ECITB launched the levy consultation following the publication of its new three-year strategy, Leading Industry Learning, in September. The high level of support for the proposals indicates industry is fully behind the ECITB’s strategy to support employers in addressing skills shortages as well as investing in essential workplace training required to deliver the country’s net zero and energy security ambitions.

The levy proposal agreed by the Board sought to maintain levy rates at 1.2% of gross labour emoluments for site workers and 0.33% for the offsite/other workers. The decision to hold the rates reflected the Board’s determination to strike a balance between the need to effectively resource support for training and the fragile operating and cost environment facing many in-scope companies. 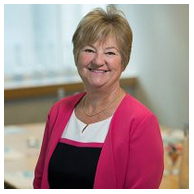 ECITB Chair Lynda Armstrong OBE said: “I am delighted to report that industry has emphatically backed our levy proposals. The level of support we have received represents a significant vote of confidence in the ECITB.”

“We consulted with employers throughout the development of the strategy and this result shows that our plans correctly identify the key workforce challenges and set out the right priorities to support industry”.

“It is now up to the ECITB to deliver on this strong mandate, building on our successful track record of driving skills improvements throughout the industry and helping employers meet their current and future skills needs.”

The Engineering Construction Industry Training Board (ECITB), the employer-led skills body sponsored, which is an arm’s length body of the Department for Education, asked all the companies that pay the industrial training levy to have their say on its new strategy and to support the levy proposal in September.

The ECITB has today written to the Education Secretary, Rt. Hon. Gillian Keegan MP, to communicate the result. Following approval by the Secretary of State, the levy proposals will be enacted into legislation. The rates will be applied to levies raised in 2023-25 and will be payable in 2024, 2025 and 2026 respectively.

The latest vote follows the ECITB’s previous levy consultation in 2019, where three quarters of levy payers backed a phased increase in the offsite levy rate.

The full breakdown of levy consensus voting is as follows:

The levy proposals also maintain the existing emolument thresholds. Companies whose aggregate site emoluments and payments made in respect of their leviable establishments are less than £275,000 during each base period will be exempt from the site levy. Companies with aggregate off-site emoluments of less than £1m will be exempt from paying the offsite levy. 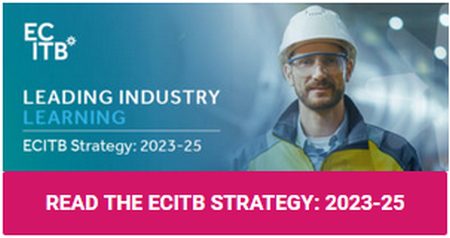 More in this category: « Moxa Is Futureproofing Industrial Networks to Accelerate Digital Transformation Winners of the WorldSkills Competition 2022 Special Edition in Denmark raise the bar in automotive car painting skill and sustainable practices »
back to top