Air Liquide has signed its largest long-term Power Purchase Agreement (PPA) to date in the Netherlands with Vattenfall, for 115 MW or around 500 GWh per year, of renewable electricity from the offshore wind farm Hollandse Kust Zuid. This PPA comes in addition to a 100 GWh-PPA with Air Liquide announced in March 2021, expanding the long-term partnership.

The 15-year PPA starting in 2025 enables Air Liquide to supply its existing industrial and medical gas production assets in the Netherlands and more generally in the Benelux region with renewable energy.

Erik Suichies, Executive at Vattenfall’s Business Area Markets: “This Power Purchase Agreement is an important step for the Hollandse Kust Zuid project. Long-term commitments such as PPAs will make a significant contribution to the decarbonization goals of our industrial partners and help to bring closer Vattenfall’s ambition to create a fossil-free living within one generation at the same time.” 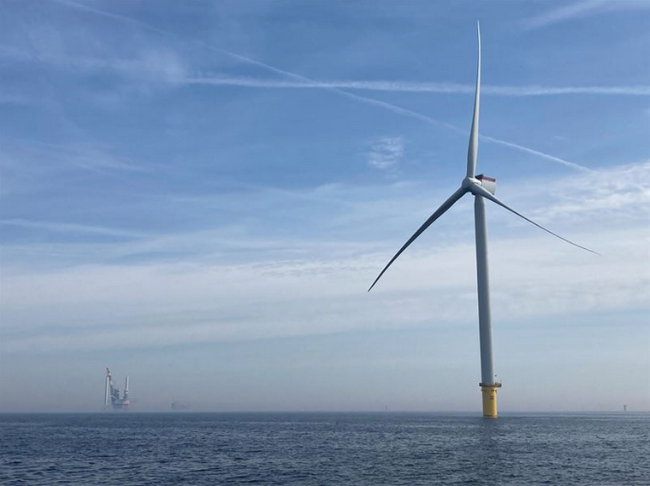 Hollandse Kust Zuid is the first and largest offshore wind project in the world to be developed without subsidy. Long-term contracts, such as the PPAs concluded with Air Liquide, provide financial security for the project’s investors and provide access to renewable energy for the purchasing party.

Hollandse Kust Zuid is located in the North Sea, about 18-35 kilometres off the Dutch coast between The Hague and Zandvoort. The offshore wind project, consisting of 140 wind turbines with a total capacity of 1,500 megawatts, is scheduled to be fully operational in 2023. Hollandse Kust Zuid is owned by Vattenfall, BASF and Allianz.

Vattenfall is a leading European energy company, which for more than 100 years has electrified industries, supplied energy to people’s homes and modernised our way of living through innovation and cooperation. We now want to make fossil-free living possible within one generation. That's why we are driving the transition to a sustainable energy system through initiatives in renewable production and climate-smart energy solutions for our customers. We employ approximately 19,000 people and have operations mainly in Sweden, Germany, the Netherlands, Denmark, and the UK. Vattenfall is owned by the Swedish state. For more information: group.vattenfall.com