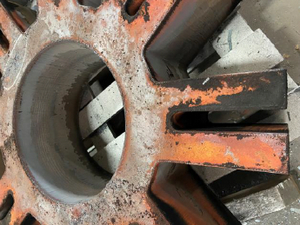 Image 1: Before flame cutting in several levels, the 270 millimetre thick fine grained S690 QL1 structural steel was preheatedGenerating power from renewable energies has a crucial role to play in curbing global warming and reducing climate-damaging carbon dioxide (CO2). The use of wave energy to generate electricity can sustainably support the mix of 100 per cent renewable energies. Inspired by the pumping principle of the human heart, the Swedish company CorPower Ocean AB has been working intensively for more than ten years on the development of wave power plants for commercially viable generation of electricity. For the construction of the full-scale prototype, the researchers from Stockholm relied on the integrated expertise of Jebens GmbH, a specialist in bespoke steel work based in Korntal-Münchingen.

The human heart uses stored hydraulic pressure to generate force for recoil. This means that the heart muscles only have to pump the blood in one direction. CorPower Ocean relies on this principle for its wave energy converters (WEC), which use wave pressure to generate energy in two directions. WECs are buoy-shaped point absorbers that are pulled down by a pre-tensioning system. An upward wave surge pushes the buoy upwards and the resulting stored pressure pushes it down again. The mechanical energy of the waves is first converted into linear movement along the buoy axis and then - through a cascade reducer comparable to a planetary gear - into rotary movement. A drive train inside the buoy, known as the Power Take Off (PTO), converts this movement into electricity. The oscillating movement of the buoy, which is optimally attuned to each wave, ensures even energy production in both directions.

According to CorPower Ocean, the amount of energy generated per tonne is five times higher than with previously known wave technologies. Several WECs are concentrated into grid-connected wave farms in so-called CorPack wave clusters. Despite having only a minor visual impact on the ocean scenery, the Swedish company claims they can deliver up to three times as much electricity per area of ocean compared to typical offshore wind farms. Generators and power electronics correspond to the standard components used by the wind industry and can therefore be connected to the existing grid infrastructure. The joint use allows complementary energy generation from wind and wave power. System prototypes have been trialled by CorPower Ocean on an increasingly large scale in extensive test series in the laboratory and during operations on the high seas to determine their reliability and performance capability. 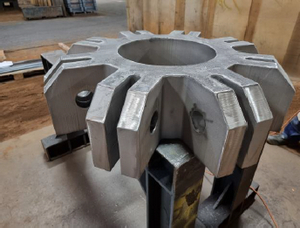 Image 4: Jebens manufactured three different flame cut parts for the prototype of the C4 wave energy converter from 270 millimetre thick S690 QL1 fine grain structural steel, including this componentFor the C4 wave energy converter - the first full-scale prototype - the researchers relied on the integrated expertise of Jebens, a specialist in large, heavy flame-cut parts, mechanical machining and complex welding assemblies. A first assignment for the system provider of precision steel work was to find a suitable corrosion-resistant coating. The size of the component was a particular challenge in view of the limited bath sizes. However, the proven experts in Jebens' purchasing department found a supplier with a suitably large bath that was able to implement the 50-micron-thick nickel plating. Jebens also undertook the entire project management associated with this coating. A short time later, Jebens received another urgent order from the Swedish developers: the production of three large flame-cut parts with complex geometry made of high-strength fine-grained S690 QL1 structural steel in the exceptional plate thickness of 270 millimetres. This also involved the task of testing four material samples from this steel for possible structural changes. As Jebens’ warehouse is one of the largest in Europe for thick, large plates, the company also had this exceptional thickness in stock in the required quality and size. This ensured the rapid completion of the order, as the supply of such a plate would have meant a delay of many months.

The Swedish company could also count on Jebens' expertise in material analysis. The required flame-cut parts - one which was 270 millimetres thick, 555 millimetres wide and 1,020 millimetres long and two others of the same thickness but only 310 millimetres wide and 725 millimetres long - had to be cut in several levels for the specified structure. This required cutting in several levels with frequent turning - a speciality of the experts at Jebens. In view of the large plate thickness, they first pre-drilled the material with a particularly powerful drilling device. The channels created ensured that the flame passed through exactly as intended. The Swedish customer was highly satisfied with the implementation of the complete package of material supply, manufacturing, sophisticated mechanical processing, coating and dimensional specification. Two further orders and various new enquiries were therefore not long in coming.

As a leading specialist for heavy flame-cut components, mechanical processing and welded structures with weights of up to 160 tonnes per item, Jebens GmbH regularly sets standards in its locations in Korntal-Münchingen and Nördlingen. With seven-stage manufacture of products from eight to 1,400 mm, widths up to 5,000 mm and lengths up to 20,000 mm Jebens stands for precision steelwork. As a subsidiary of the most important heavy plate manufacturer worldwide, Dillinger, Jebens has access to technologically pioneering steel know-how at all times. Leading technology, the most modern machines and systems, as well as the largest annealing furnace in Southern Germany, make Jebens the experts for demanding jobs.

More in this category: « Parker to showcase H2 solutions for the entire value chain at Hyvolution 2023 Fugro’s Geo-data supports development of UK’s first flexible power station with carbon capture technology »
back to top