Energiekontor AG, a pioneer in renewable energies since 1990 and listed on the SDAX of the German stock exchange, has teamed up with the international maintenance company Omega-Tools GmbH and BASF’s Coatings division to gradually equip its wind turbines with Novaflex BladeUp, thus making them more efficient. With its microscopic line structures, the functional film ensures a noticeable increase in the yield of wind turbines. The riblets reduce the formation of unfavorable air turbulence on the surface of the blades, so that a larger proportion of the wind can be used for generating electricity. In a measurement campaign that has been running for about a year, an increase of up to three percent in power output was determined; for this purpose, BASF Novaflex BladeUp was installed on a 1.3-megawatt SWT 1,300 turbine (formerly AN Bonus) in Ilsede, Lower Saxony, Germany.

“We are impressed with the significant increase in power yield with Novaflex BladeUp. This makes it all the more important that we implement this option for our plants in a timely manner and thus contribute to the energy transition,” said Carsten Schwarz, Member of the Management Board from Energiekontor AG. The company has awarded Omega-Tools GmbH a first contract to equip wind turbines of the tested type with BASF’s film and intends to include further turbine types. In the long term, Energiekontor AG wants to equip all available turbines – their own and those managed by their company – with Novaflex BladeUp. 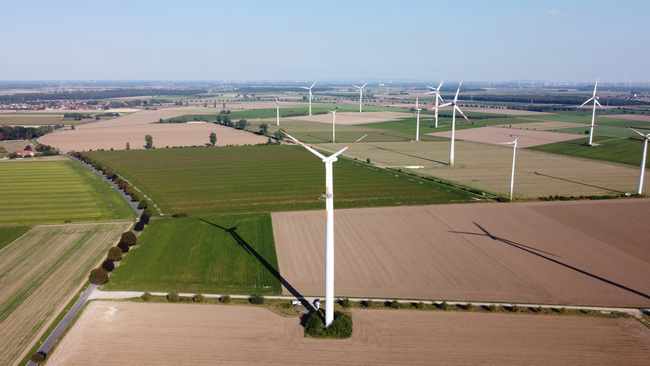 Field test with Novaflex BladeUp on a 1.3 MW turbine at Ilsede in Lower Saxony, Germany.

BASF has worked closely with the Wind division of Omega-Tools GmbH to ensure that the films are professionally installed. “The subsequent application of the functional film to existing wind turbines is feasible without long idle times of the plant and can be performed for every model,” said Olaf Dostalek, Managing Director of Omega-Tools GmbH, who with his company takes over the Europe-wide application of Novaflex BladeUp to the turbines of Energiekontor AG, and who acts as contact and sales partner for this technology in the market.

BASF is also interested in extending Novaflex BladeUp to turbines and blades from other manufacturers and other performance classes. “An integration into the manufacturing processes of the blade manufacturers would also be possible, so that new wind turbines can directly generate a higher electricity yield,” said Jörg Lenz, head of the Beyond Paint Solutions business unit at BASF. 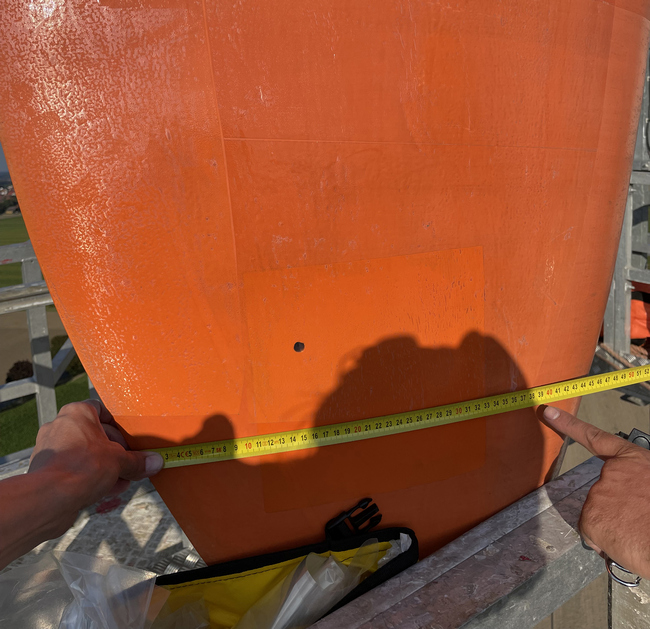 Omega-Tools GmbH is an international partner and service provider for manufacturers and operators of wind turbines. The portfolio of the company, which was founded in 2018 in Ritterhude near Bremen, includes not only traditional service and maintenance services but also particularly challenging service work on all kinds of onshore and offshore wind turbines. As a dynamic think-tank company with many years of wind power know-how, Omega-Tools pays special attention to the constant development and integration of the latest products and applications, with which the performance and yield of each wind turbine can be optimized. Flexible, powerful, reliable and ISO-certified for 9001, 14001 and 45001 Omega-Tools operates throughout Europe.

A solid business policy and a lot of experience in renewable energies: This is what Energiekontor has stood for more than 30 years. Founded in Bremerhaven in 1990, the Company is one of the pioneers in the industry and is now one of Germany's leading project developers. Its core business ranges from the planning and construction to the operational management of wind and solar parks in Germany and abroad. In addition, Energiekontor operates wind and solar parks with a nominal output of around 360 megawatts in its own portfolio. Energiekontor AG also aims to play a pioneering role in economic terms and to realise the first wind and solar parks in all target markets at market prices as quickly as possible, independently of state subsidies.

The proud record of accomplishment since the Company was founded: 132 realised wind farms and 13 solar parks with a total output of well over 1 gigawatt. This corresponds to an investment volume of approx. 1.8 billion euros.

Energiekontor AG (ISIN DE0005313506/General Standard) is listed on the SDAX of Deutsche Börse in Frankfurt and can be traded on all German stock exchanges.

More in this category: « NGK Receives Order for NAS Batteries Intended for Grid Storage by Toho Gas ~ Will Help to Stabilize Electrical Power Supply and Demand and Promote the Spread of Renewable Energy Tripartite subsea energy MoU signed between Baker Hughes, Mocean Energy and Verlume »
back to top