A global carbon credits breakthrough at COP26 in Glasgow blew away any gloom from failing to phase out coal use, say many observers.

Discussion at the UN climate conference had been dominated by soaring atmospheric carbon dioxide levels, largely from fossil fuels but exacerbated by global deforestation, notably in tropical rainforests like the Amazon’s – often called the “Lungs of the Earth”.

But while COP26 failed to strike a coal deal, a carbon credit agreement could channel trillions of private sector dollars into protecting rainforests and farms, building renewable energy facilities and other projects to combat Climate Change and promote the circular economy needed to stabilise the Earth’s environment.

Nearly 200 countries at COP26 agreed to partially meet their climate targets by buying carbon credits/offsets created through the emission cuts of others.

This mechanism – originally put forward at the UN’s 2015 Paris Agreement - was previously held up by ‘double counting’: whether a credit could be claimed by both the country selling it and the nation buying it, but this was dropped, enabling the breakthrough. 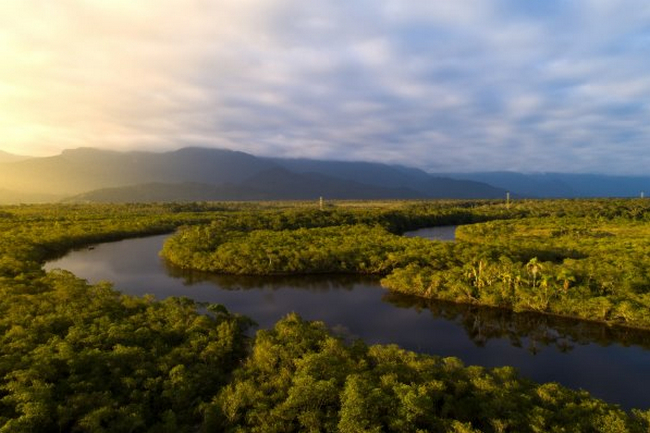 Brazil is now set to be a major beneficiary after decades of trying to balance national demand for farmland against international pressure to preserve the Amazon rainforest, which still dominates the country’s landscape, despite manmade shrinkage by nearly a quarter, from 4,100,000km² to 3,279,649km² over the past 50 years.

Writing in ‘Americas Quarterly’, former Brazilian Finance Minister and World Bank CFO, Joaquin Levy said: “Beyond helping Brazil protect the Amazon, a healthy global carbon market would create great opportunities for commercial and investment partners that could join the country in helping accelerate its journey to become a net zero economy before 2050.”

Former Brazilian ambassador and diplomat, Arnildo Schildt, led a COP26 delegation and agreed that the carbon credits deal gave a major boost to an international consortium he has steered for two years, negotiating with Brazil’s farmers and forestry associations, governments, the UN, international banks, academics, and industry partners as well as investors:

“We have been working to harness a ‘dynamic duo’ - highly advanced nano sensors and Digital Twin technology - to monitor density, height and emissions and protect the rainforest in real time whilst allowing building asset owners to trade carbon credits/offsets internationally and reward our farmers for their support.

“Carbon credit buyers then know that newly planted or established trees are not simply felled after the credits are bought. A secure market builds trust and certainty - massively important to credible buyers.”

Paul Stannard, Chairman of the not-for-profit World Nano Foundation applauded the initiative: “This would create a circular economy for rainforests and the farms around them, raising carbon credits of significant value to industries needing to offset emissions, while generating income for countries needing to alleviate pressure on rainforests.

“Two-thirds of the money will help sustain forests and eco-farms, with the remainder pledged to sustainable efforts in our major cities and urban spaces. Key projects will include renewable energy to help these countries drive down their own carbon emissions.”

Leading Digital Twin company Cityzenith – a World Economic Forum Global Innovator – has already developed its platform technology to incorporate carbon credits/offsets for the built environment and now aims to create a circular economy for the world’s buildings, farms, and forestry.

“This enhances the impact and savings, already estimated at a $280 billion, for the built environment alone,” said Cityzenith Founder and CEO Michael Jansen.

“We’re proud that Cityzenith is playing an ever-increasing role in tackling Climate Change and, with this initiative, advancing the circular economy cause.”

“Circularity concepts such as remanufacturing, reuse, and the sharing economy will be critically enabled by smart cities technologies such as IoT (the Internet of Things – devices and systems that exchange data), AI and Digital Twins.”

This is in addition to work by organizations such as Cityzenith, Vodafone, the globally recognized Ellen MacArthur Foundation - dedicated to circular economy education and connection for companies and governments - and C40 Cities, whose 97 member cities generate 25% of global GDP and champion the circular economy

The World Nano Foundation is a not-for-profit membership organisation with 75,000 subscribers and users in 40 countries working on international commercialisation of nanoscale technologies in 16 industry sectors and collaborates with a wide variety of partners, maximising support and funding bringing advanced technology to the world and commerce. This is supported by many industries and academic groups developing and creating a legacy for enabling technology innovation.

Cityzenith is based in Chicago with offices in London and New Delhi. The company’s SmartWorldOS Digital Twin platform was created for anyone designing, constructing, and managing complex, large-scale building projects, properties, and real estate portfolios but has developed to cover infrastructure, energy projects, transport, health, people movements, and whole cities.

More in this category: « Why conventional floating solar PV systems will fail in the ocean Premier Tech Aqua Launches the New Solido SMART »
back to top