Renewable hydrogen produced directly from wind power becomes reality. At the end of August, just a year after the foundation stone was laid for this industrial facility like none else in the world, Lhyfe, a pure player in renewable hydrogen, began producing its first hundred kilograms of ecological hydrogen and is ready for industrial scale production.

Following a few days of testing at this first site, for which the foundation stone was laid only a year ago in Bouin (Vendée, France), Lhyfe has produced 627 kilograms of renewable hydrogen, using an electrolyser powered by wind turbines a few meters away. 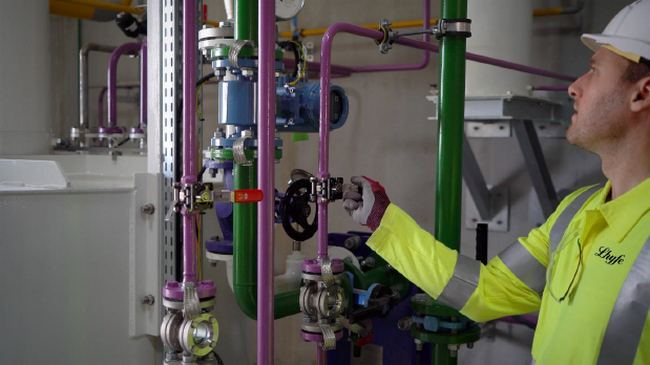 The purpose of this initial production was to finalize tests, before the end of September when industrial production and sales will start for new partners whose names will be revealed soon. Lhyfe will henceforth produce 300 kilograms of renewable hydrogen a day, before ramping up to a tonne a day in the coming months.

This industrial production facility for renewable hydrogen, connected directly to a wind farm, is a unique technical achievement and the first of its kind in the world. This site is fully in line with the acceleration of hydrogen deployment around the world and in the strategic plans of a growing number of countries.

About Lhyfe: Founded in 2017 in Nantes (France), Lhyfe produces and supplies green and renewable hydrogen for use in the transport sector and industry. Its production sites at last make it possible to source renewable hydrogen in industrial quantities and to deploy a virtuous energy model geared towards environmental friendliness. Lhyfe, which will soon have some 100 or so staff, is a member of France Hydrogène and Hydrogen Europe. The company raised 20 million euros in funding between 2019 and 2020 and will inaugurate its first industrial green hydrogen production site in a f ew weeks’ time. http://www.lhyfe.com/

More in this category: « A Zero Carbon Roadmap for Kazakhstan Metso Outotec introduces versatile portfolio of magnetic separators for improved recovery »
back to top