The 80-year-old firm will be using one of the waste and recycling industry’s biggest events to introduce its newest product to the UK market – a 240-litre-capacity, single container with a dual-stream capability, aimed at councils and waste management companies that run municipal contracts for kerbside collection containers.

The product has already been successfully applied in Denmark and is designed to reduce the contamination of recyclates.

Commenting on the new technology, ESE’s managing director, Peter Vernon, said: “With this kind of bin, the quality of the recyclate yield is higher, which not only attracts a greater return on investment, but only one collection vehicle is needed with one bin tip, meaning companies don’t have to buy – or replace – multiple caddies. 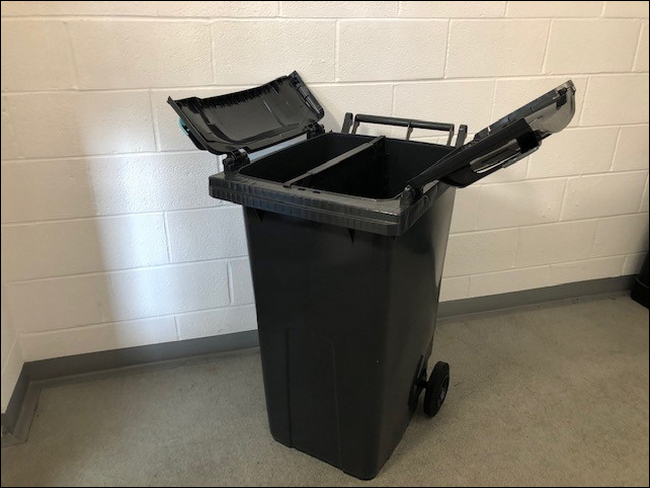 “Material contamination is a big bone of contention within the industry – and we need to innovate to bring new solutions which help to tackle this issue.

“Our Split-Bin allows larger volumes of different materials to be easily stored and separated – when compared to their individual box counterparts – and also reduces the collection rate, lowering CO2 emissions and fuel costs.”

The bin’s lid is designed to fan out when tipped – ensuring waste doesn’t get trapped when being emptied.

Peter continued: “While this type of waste storage equipment is widely used across Europe – especially in Scandinavia – there aren’t any like this model in the UK at the moment.”

Peter also believes that the country’s recycling rates would also be more likely to increase if UK councils were to adopt a one-system approach.

“Many local authorities use boxes or caddies instead of bins for recyclables – which can be lost or damaged more easily, when compared to a wheeled bin. There’s also no manual handling of the waste or lifting of separate containers, so truck operatives are at less risk of injury,” he concluded.

As well as launching the Split-Bin at the Letsrecycle Live exhibition in Stoneleigh, ESE will also be hosting a ‘guess the bin weight’ competition for attendees to take part in – the firm can be found at stand O2.

The news of ESE’s upcoming Split-Bin launch follows the recent announcement that the company has been shortlisted in Letsrecycle’s ‘Excellence in Innovation Awards 2021’.

ESE is also an organisation that possesses The Blue Angel ecolabel – meaning all its recycled solutions can have a minimum of 80% post-consumer resin – and it employs a closed-loop model for its products, collecting end-of-life containers for reprocessing into more units.