A pioneering scientific expedition which will send a manned oceanographic platform drifting around Antarctica has brought AkzoNobel on board as exclusive paints and coatings partner.

The brainchild of French explorer and environmentalist Jean-Louis Etienne, the Polar Pod will enable international scientists and researchers to study the Antarctic Circumpolar Current, which has a major influence on the Earth’s climate and contains an immense reserve of marine biodiversity.

Standing 100 meters high, the Polar Pod won’t be motorized, so it will be zero emission, silently driven by the circumpolar current – like an ocean-going satellite – as it gradually makes its way around the Antarctic continent. AkzoNobel will sponsor the 1,000-ton platform for the next five years, from project construction through to the completion of its three-year mission, which is expected to start in December 2023.

“This is a really exciting partnership and a fantastic example of how we’re prepared to go to the ends of the Earth to help our customers and discover pioneering ways to become even more sustainable,” says AkzoNobel CEO, Thierry Vanlancker. “It represents an intriguing blend of visionary thinking and environmental ambition which fits perfectly with our own People. Planet. Paint. approach to sustainable business. We’re extremely proud to be involved.”

The Polar Pod will be supported by a dedicated offshore supply vessel, which will be permanently assigned to the mission. It will leave the nearest port to join the platform on its drift course as it crosses the Indian, Pacific and Atlantic Oceans and slowly negotiates the most powerful current on the planet. 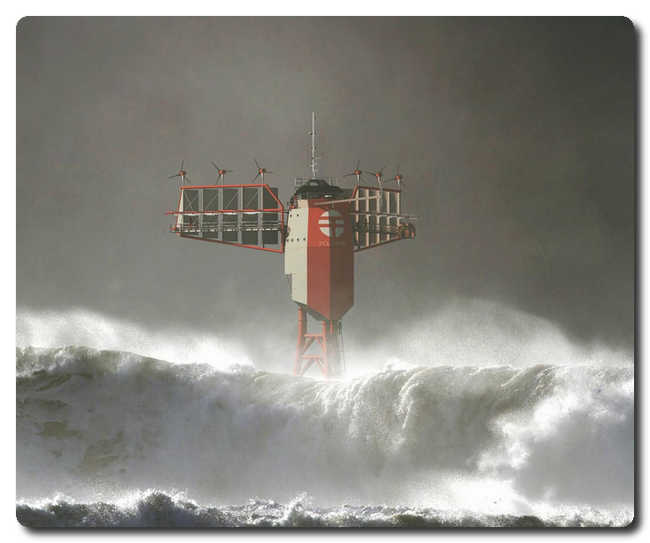 The platform (which is taller than the Statue of Liberty) will be towed horizontally to its first study area and tilted vertically by filling seawater ballast tanks – when most of the structure will be submerged. Built of special steel to handle violent storms, it will allow the acquisition of data and long-term observations that will be transmitted to researchers, oceanographers, climatologists and biologists at 43 scientific institutions in 12 countries.

Operating in an area that sailors refer to as the Furious Fifties (between 50° S and 55° S), studies will include: air/ocean exchange measurements, in particular related to CO2; wave dynamics; plankton collection and evaluation of the impact of acidification; acoustic inventory of marine fauna; validation at sea of satellite measurements and aerial observation of marine life.

“As an industry leader in sustainability and a global market leader in marine and yacht coatings, lowering our environmental impact on the planet and contributing towards ocean preservation are key aspects of our strategy,” adds Jean Michel Gauthier, Director of the company’s Marine and Protective Coatings business.

“Sponsoring the Polar Pod expedition is a great way for us to help advance scientific knowledge of the pivotal role the Southern Ocean plays on the Earth’s climate and marine biodiversity. We’re looking forward to supporting the team and raising awareness of the program as the mission begins to gather momentum.”

The collaboration has a strong link to AkzoNobel’s 2030 “Planet” ambitions, which include reducing carbon emissions by 50% and moving towards zero waste as a company. The research findings and knowledge gained during the expedition – including the impact of the harsh marine environment on the company’s products – could therefore prove invaluable.

AkzoNobel already has a presence in and around Antarctica, having supplied products for the British Antarctic Survey’s Halley VI research base, Sir Edmund Hillary's historic hut and explorer Robert Swan’s e-Base at Bellingshausen.

For more information about the Polar Pod, visit: www.oceanpolaire.org/en/polar-pod/

We’ve been pioneering a world of possibilities to bring surfaces to life for well over 200 years. As experts in making coatings, there’s a good chance you’re only ever a few meters away from one of our products. Our world class portfolio of brands – including Dulux, International, Sikkens and Interpon – is trusted by customers around the globe. We’re active in more than 150 countries and have set our sights on becoming the global industry leader. It’s what you’d expect from the most sustainable paints company, which has been inventing the future for more than two centuries.