A group of passionate British engineers have tapped into the design power of PTC Creo to bring the world’s first fully electric neo-cafe racer to market.

Arc, which is led by Founder and CEO Mark Truman, is just a few weeks away from delivering its first ‘Vector’ to a customer, a landmark moment for the Coventry-based business that spun out of the ‘White Space’ innovation team at Jaguar Land Rover.

The ground-breaking motorcycle is believed to be the most advanced ever built and, by replacing the traditional chassis with the battery, delivers a dynamic experience that can sometimes be lost with electric vehicles.

It utilises a carbon front-swing arm and hub centre steering, resulting in a bike that feels similar to one that uses front forks, but offers increased stiffness and the ability to run on steeper steering angles. 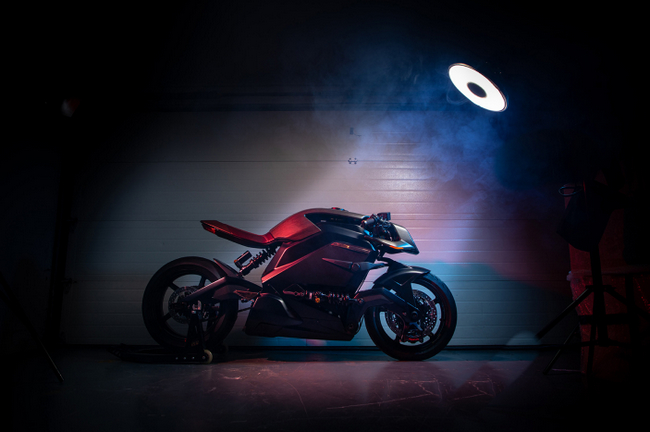 Whilst a lot of the ideal ideation involves a lot of ‘whiteboards, blackboards, post-it notes and mind maps’, the team at Arc needed access to the latest computer-aided design software so turned to PTC’s market leading Creo platform.

They have been supported from day one by PTC’s longest standing platinum partner Root Solutions, a relationship that has proven pivotal to the success of the project.

“We’ll have designers working on surfacing in Creo and engineers using it to work on parts pretty early on, figuring out how parts will fix to the product, how we get that quality right, the gapping right and so on. We want to be thinking about all of that as early and as upfront as we possibly can,” explained Mark Truman, who during his time at JLR was involved in special projects, including designing the James Bond cars.

“If possible, we wanted to avoid a situation where designers create something and then throw it over the fence to engineers, who are then expected to make it work.

“That often results in a very argumentative process. The designer gets engineering back that isn’t quite the same as what they designed, or engineers get stuck with trying to figure out something that’s just not possible or that’s going to be too expensive to achieve.”

He went on to add: “The collaborative platform really encourages innovation and we’re now starting to get the most out of new features, such as generative design, real-time simulation and even additive manufacturing.”

“When you are working on your first model, speed to market is critical. You need to get revenue coming in and you need to prove to the sector that the exciting design can become production reality.” 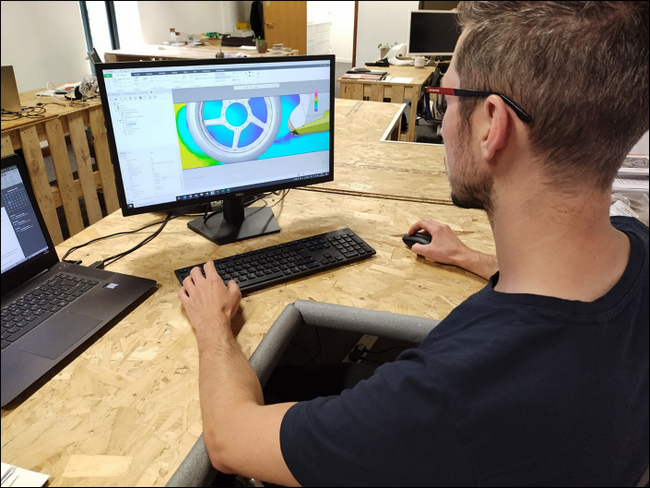 Another key benefit of Creo 9 is using it to reverse engineer some of the early prototype parts and the Arc manufacturing team has used the software to make components that deliver better performance and are easier to produce.

Mark continued: “There is also an element of eliminating the costs, because at the start of the process it doesn’t really come into your thinking. It’s only near the end of the design that you can really start to understand how things are going to be manufactured and the price of them.

“At that point, there’s a lot of scanning that goes on of those initial parts and then reverse engineering the CAD that we’ve created, with reference to generative design, which informs us of improvements we might make. It’s fantastic to have that ability to revisit and refine with a high degree of accuracy.

“Creo is also used by many of the world’s leading car and motorcycle makers and suppliers and, as we grow and look to attract new design talent, we know that they will be adept in the software before they join us. In theory, this should speed up their integration into our team.”

Roger French, managing director at Root Solutions, part of the worldwide PDSVISION group, concluded: “Arc is an exciting British engineering business, and we are really pleased that PTC’s software has played such a crucial role in getting the Vector to market.

“The functionality of Creo and its immersive design features allows engineers to stretch the boundaries of innovation. This is fully reflected in the first fully electric neo-cafe bike in the world and fittingly born in Coventry, the home of the transport revolution.”

More in this category: « Ultra-fast charging for an ultra-fast car
back to top