Following the press release on 13 January, where Blue World Technologies announced the acquisition of Danish Power System, the final approval from the Danish Business Authorities has now been granted.

Danish Power Systems has for the past 25-years specialised in high-temperature PEM technology and is widely recognised around the world. This acquisition enables Blue World Technologies to have all technologies and manufacturing of core components within the fuel cell stack value-chain in-house providing a strong platform for commercialising the methanol fuel cell technology. 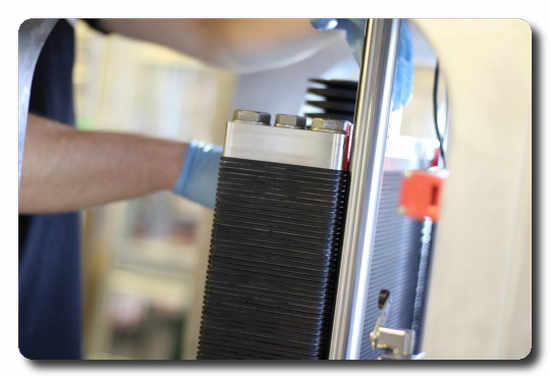 Blue World Technologies is an ambitious and visionary developer and manufacturer of methanol fuel cell components and systems for stationary/APU applications and the automotive and heavy-duty transportation sectors around the world. The fuel cells act as a green alternative to combustion engines and diesel generators. As a part of the Power-to-X eco-system the methanol fuel cell technology contributes to solving parts of the green transition which cannot be solved by direct electrification and battery technology alone.

The exclusive fuel for Blue World Technologies’ fuel cell systems is methanol – a renewable liquid fuel that simply and cost-effectively can be stored for years and transported around the world while reusing existing infrastructure.

Blue World Technologies is founded on extensive experience from the fuel cell industry and aims towards commercialising the technology through large-scale production. The company is focused on the High-Temperature PEM-technology combined with methanol-reforming. The combination ensures a simple system design with high conversion efficiency and significant benefits including CO2 reduction, fuel cost savings, and zero harmful emissions.

In December 2020 Blue World Technologies closed its most recent investment round of 6.4 mEUR and is aiming at a future Initial Public Offering.

Read more about Blue World Technologies on our website www.blue.world or visit us on social media.

In 1967 Anton Paar built and presented the first-ever digital density meter. Now, after more than 50 years of incremental improvements,...

Datalogic, a global leader in automatic data capture and industrial automation markets, is pleased to announce it has strengthened its...

Digital technologies are helping SKF revolutionise the speed and flexibility of its production operations. For customers, that means shorter lead-times,...

Anritsu Corporation is pleased to announce the availability of its new RF Regulatory Test System ME7803NR solution for regulatory compliance...

Despite two-thirds (64 percent) of organizations adapting their technology strategy because of unprecedented global political and economic uncertainty, 89 percent...

Rotec now offers sensor tester to optimize the instrumentation of a test setup and to detect faulty sensors or adapter...

Nouryon has introduced a new Levasil® colloidal silica product line dedicated to the electronics industry. This latest addition to the...

A pioneering spirit and technological landmarks dominate “Grundfos Museum – The Factory”, which will open to the public and via...