At the end of 2019, the US government passed a new bill authorizing the Department of Defence to sell around 200 million Internet Protocol 4th version addresses. Several blocks of IPv4 addresses are planned to be sold out in ten years. Vincentas Grinius, CEO of Heficed, explains how these changes might affect the IP address market.

The US Department of Defence announced to sell around 200 million IPv4 addresses in multiple large and medium blocks. According to Vincentas Grinius, CEO of Heficed - the IP address infrastructure service provider, with new addresses entering the market, prices would decrease, and the availability of IPv4 would grow. He introduces the issue and explains how it might affect the IP address market in the upcoming years. 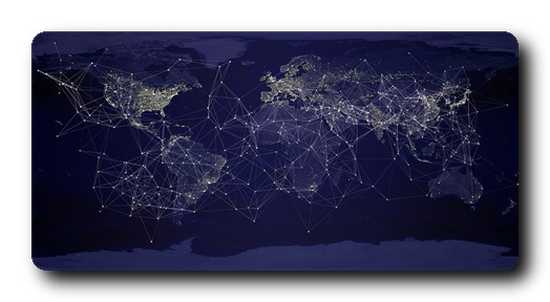 New release of IPv4 addresses will be sold in big and medium-sized blocks, and since the Department of Defence has a deadline, they are focusing on large buyers. Large companies such as Amazon, Microsoft, or Google are always looking to grow their IP address databases, which would make them potential buyers.

“The biggest incumbents in the market are always looking to buy more IP addresses. As the number of IPv4 addresses is facing depletion, and we are slowly transitioning to IPv6, corporations are more eager to collect as many IPv4s as possible. At the same time, released addresses are contained in large bulks, which doesn’t give many chances for smaller buyers and brokers to obtain their fair share. Therefore, I believe that we will end up with a few major corporations acquiring everything.” - Vincentas Grinius expressed his concerns.

With new releases entering the market, companies are promised to see lower IPv4 prices. However, if only a few major buyers acquire it, the market might not face significant price changes.

“Due to IPv4 address exhaustion, prices have been rising for a while now. As the average price in 2015 was around 6 dollars, in 2018, the price for a single IPv4 address reached 17 dollars, and it’s predicted that this number will only grow and double in upcoming years. It’s possible that the Department of Defence bill could bring positive changes and lower IPv4 prices, yet if these addresses are shared only among a few big corporations, we probably wouldn’t even notice it.” - said Vincentas Grinius.

Many IP addresses are linked to spamming, hacking, and similar vicious activities. Companies create blacklists to contain abuse, but the more addresses enter the internet, the more difficult it gets. Vincentas Grinius believes that potential buyers - large corporations could help solve the issue, “Although every address holder can abuse their usage rights, it becomes more challenging to control it with the surge of new addresses. However, if only large and well-known corporations obtain new IPv4 addresses, the chances of IP address abuse can be monitored easier.”

New IPv4 release might shake up the market. However, it possesses both positive and negative outcomes. New IPv4 addresses postpone the transition to IPv6 and give us more time to prepare. Yet with more affordable and accessible options, the chances of IP address abuse might increase. And if large incumbents acquire most of the blocks, we might not see significant changes.

With its headquarters in London and server locations in every continent, Heficed is a network engineering and infrastructure service offering IP Address Market platform, including cloud solutions and bare-metal servers. At the core of Heficed‘s business is its world‘s first automated IPv4 address infrastructure engineering platform, which streamlines the process of leasing and managing IP addresses. www.heficed.com

Defence and security company Saab has received a contract from the Swedish Defence and Material Administration (FMV) regarding new Gripen...

The new ix Industrial® from HARTING is a miniaturised Ethernet interface that sets a new standard for IP20 Ethernet connections Ethernet...

The R2300 from Pepperl+Fuchs Impresses with its Precise Measuring Technology and Performance Tailored to its Application At the 2019 SPS trade...

Evoluent D, the best solution to meet the needs and requirements of the modern computer user.  On average, we use...

ELGi celebrates the opening of its new headquarters in Europe

Reflects on 60 years of growth and achievement across the world Elgi Equipments (BSE: 522074 NSE: ELGIEQUIP), one of the world’s...

First came the dawn of mechanical machines, succeeded by the introduction of electricity, quickly followed by the third industrial era,...

Vinnova has granted funding to Innventia for the AMPOFORM project. Together with four other companies, Innventia will develop technical solutions...

Scottish Water getting more from its mobiles

The rig can test complete instrument assemblies at pressures up to 15,000 psi to meet customer, insurance and safety requirements. Endress+Hauser...

Favourable business environment, Brexit, proximity to Africa, and rapidly growing global Infrastructure as a Service market makes Milan and the...