~ Could investing in supporting software save headaches? ~

Benjamin Franklin enjoyed this old proverb: “A little neglect may breed mischief. For want of a nail, the shoe was lost. For want of a shoe the horse was lost, and for want of a horse the rider was lost.” The message can be easily ignored, that seemingly unimportant factors have dramatic knock-on effects, and omitting them entirely invites grave consequences. Here, Sean Robinson, service leader at industrial automation expert Novotek UK & Ireland, explains how a little forethought and investment can sidestep imposing future problems.

Sadly, the famous proverb ends with the battle being lost, for want of a rider. While military equipment logistics might be somewhat beyond our remit here at Novotek, this analogy has deafening parallels with many industries.

Instead of losing battles, however, industries face unplanned downtime. A recent study from ServiceMax shows that a staggering 369 of the 450 companies surveyed, over 80 per cent, had suffered unplanned downtime within the three years in question.

There are many ways that unplanned downtime can negatively impact a business. In continuous process industries — which range from butchery and water treatment to steelmaking — downtime causes produce to be lost. The costs of this further impact the bottom line, beyond just lost profits.

When producing less process-sensitive products, the negatives are still profound. Imagine if one of your upstream suppliers has experienced an unplanned fault, and your business depends on their supply. How long would your company put up with it? The tighter logistical times get, the more of an issue it becomes — particularly in cases of just-in-time production. 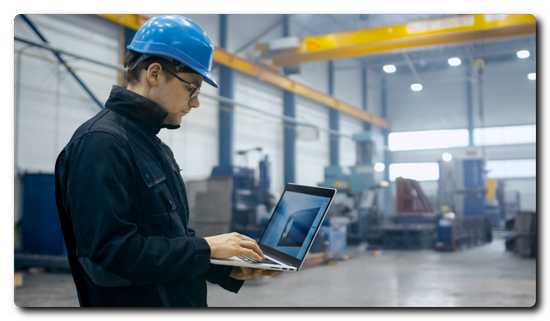 This is a major concern that’s shared by a large portion of businesses. More than half feared they would lose their customers’ trust if they were to suffer a high-profile incident. One-in-ten said that such a failure would be unrecoverable, and ultimately spell the end for their business.

Preparation in these contexts refers to investments in, and the thorough integration of, supporting oversight software, but also in ongoing technical support of that software.

One approach is to work with the concept of the digital twin. These systems emulate physical processes in software, meaning failure modes can be safely simulated, processes can be tested against changes in products or ingredients and even entire line redesigns can be simulated, all without having to make any material changes.

However, as with most things in industry, these schemes must be well supported, otherwise they can easily cause trouble. Just as unmanaged physical equipment can lead to inefficiencies and failures creeping in through malfunction and wear, implementing incorrect decisions derived from poorly managed digital twin software can be equally detrimental.

Make maintenance a sure thing

This is a pervasive, perennial issue that technology-reliant businesses face: The mismatch in perceived values between active equipment, the infrastructure supporting it and lifetime technical support.

An upgrade to faster lineside robotics, for example, is easy for budgeters to rationalise because the results are reflected immediately in the finances. However, investing in seemingly invisible support networks is a much harder argument to make without the numbers to back up your point. So, what do the numbers say?

Within the companies ServiceMax surveyed, losses from unplanned downtime averaged more than half a million pounds per company, per year. That’s not an insubstantial sum and, while many companies might have the fortitude and flexibility to shoulder such an impact, there’s no reason why they should have to.

Businesses are waking up to these facts. Over 60 per cent of respondents in the previously mentioned study agreed that digital twins would prevent unplanned failures, and more than half said they plan to invest in support infrastructure in the coming years.

Similarly, technical integration and support for this infrastructure is similarly entering the minds of business. In 2013, only 15 per cent businesses deemed new software implementations as ‘very successful’, according to Wood, Hewlin and Lah in their book B4B.

This is why industrial IT is best deployed by experts such as Novotek UK and Ireland, with ongoing support. For example, we encourage businesses to partake in programs such as our Accelerated Plan for GE Digital software, which provides ongoing technical guidance and support on a rolling basis.

If a software deployment goes awry or if an issue arises during operation, it’s better to nip the issue in the bud sooner with technical support than wait and become entrenched in the weeds. Joining the Accelerated Plan will find you firmly within that successful 15th percentile.

Neglect does indeed breed mischief. As industries and businesses worldwide become more complicated and interdependent, plenty of details can slip through the cracks only to come storming right back as major problems.

Neil Ritchie has been appointed head of ABB’s Discrete Automation and Motion division in the UK, following the retirement of...

CED Stone Group based in Thurrock in Essex, has experienced a number of improvements to its palletising process since upgrading...

Advanced pump analytics platform recognized for its innovative integration of IoT into existing operations Sulzer will be joining other leading high-tech...

Valmet will start a reshaping of its internal Information Technology (IT) services to improve the operations' efficiency and business focus....

With its extensive communications capabilities, the Memograph M is ideally suited for IIoT applications and use as an edge device....

Could Britain afford to lose 31.2 million working days? According to The Labour Force Survey, this figure illustrates the volume...

ISD Solutions, which has been manufacturing insulated panels and doors for cold room storage solutions for 70 years, is beefing...

With the new version of the TIA Portal V15 (Totally Integrated Automation Portal), Siemens is extending its engineering framework to...

Committed to writing the future of safe, smart and sustainable electrification, ABB releases an exclusive preview of NeoGear, a revolution...

HARTING delivers fast and reliable internet solutions in the train.

Data networks in trains can now be implemented reliably and in a future-proof manner using the preLink® system and EtherRail®...