2019 witnessed many changes in the network infrastructure globally, but several areas are stagnating in comparison with the IT industry overall

As for 2019, the sector of network infrastructure has been quite vibrant and moving due to many changes. However, there is still some room for improvement, in particular areas which may be regarded as far from being disruptive.

The following network infrastructure industry trends were among the most prominent in 2019.

It would be difficult to name a single or even a few influencers of various improvements regarding the technical side of the Internet. 2019 was exceptional because of the collaboration of many different companies working within the Internet ecosystem while contributing with their own ideas and innovations. “We could see that a number of technologies were developed within the network ecosystem. The main ones would be IoT (Internet of Things), 5G, AI (Artificial Intelligence), Serverless computing and open computing. All these technologies are disruptive and developing further. Therefore, it will be interesting to see how they are going to evolve next year and beyond,” - explains Vincentas Grinius, CEO of Heficed, a network infrastructure provider. 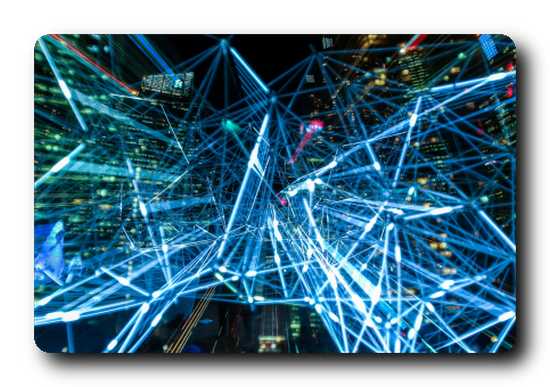 IPv6 (Internet Protocol version 6) is the newest version of the IP (Internet Protocol). Some experts of network infrastructure claim that the Internet as a whole should switch to IPv6; however, others disagree and claim that the resources of the current IPv4 are still unused and the Internet is not ready to move on from there. As stated by Grinius, this situation is multi-faceted. “The fact is that right now we have 25% of Internet accessibility over IPv6, which means that since 1999 we made very small progress in adopting it. However, high prices of IPv4 will push the adoption forward and we might see faster adoption to keep cost efficiency. In the upcoming years, IPv4 will remain the dominant protocol.”

Some parts of Internet infrastructure are still stuck in the past

Despite the advancements in Internet infrastructure listed above, there is still a way to go for the infrastructure to be truly up-to-date and geared towards the future. “It is great to see such ideas as the IP lease splitting into two markets – residential IPs and IPs for verticals like ISP/Telcos, Hosting industry – becoming true. However, what can be noticed is that IPv4 demand is growing and more management will be required to control it. Therefore, it should be good to become laser-focused on both network and IP to be more appealing to large companies which still use Excel spreadsheets to track their IP assets.”

Large ISPs focused on hyperscalers only

2019 was a year of changes and challenges for the network infrastructure. As the large part of ongoing development is looking promising, 2020 may bring further advancements, especially if new technologies and solutions will be integrated and adopted on a wider scale.

With its headquarters in London and server locations in every continent, Heficed is an IP address-oriented company offering flexible and custom IP address infrastructure solutions, cloud services and bare-metal servers. At the core of Heficed‘s business is its world‘s first automated IP address infrastructure engineering platform, which streamlines the process of leasing and managing IP addresses. www.heficed.com

thyssenkrupp Materials Services is making rapid advances with its digital transformation: The thyssenkrupp Group’s materials experts are digitizing their entire...

Defence and security company Saab has received a contract from the Swedish Defence and Material Administration (FMV) regarding new Gripen...

A report by independent analysts at Imperial College London predicts that Gravitricity’s gravity-fed energy storage system may offer a better...

New order in Sweden in the powerline inspection area

DRONE VOLT, an embedded artificial intelligence expert and manufacturer of professional civil drones, has announced a new order in Sweden...

Launched within the framework of DIMECC Oy’s LIFEX programme, the MIDAS project, which focuses on artificial intelligence, is Finland’s first...

Reasons to invest in cross-site data reporting and benchmarking: Data for decisions

Spanish citrus giant Fontestad reveals that Datalogic Matrix 300N cameras have enabled the company to improve their quality objectives while...

Konecranes modernises the rotary crane at the test facility for rocket drives at the Deutsches Zentrum für Luft- und Raumfahrt...

Technology developed at the University of Birmingham could protect the UK and other countries from national electricity blackouts. Britain has high-voltage,...