The OPTIMA packaging group GmbH, based in Schwaebisch Hall, Germany, was the first human resources department recognized by Allianz Industrie 4.0 Baden-Wuerttemberg for pioneering human resources management in the age of digitalization. At an award ceremony on July 15, Director Human Resources Sebastian Henke accepted the award on behalf of the company. In the competition "100 Locations for Industry 4.0", the alliance honored small and mid-sized companies which make the most out of the potential of Industry 4.0 with outstanding ideas.

Digital solutions that demonstrate the added value of digital networking – this is what Allianz Industrie 4.0 was looking for in the competition "100 Locations for Industry 4.0". The alliance is a network initiated and promoted by the Baden-Wuerttemberg Department of Commerce, with its coordinating body located with the Baden-Wuerttemberg state association of the VDMA (German Mechanical Engineering Industry Association). Innovations that were sought also included outstanding organizational processes such as those introduced by the OPTIMA packaging group GmbH as part of an extensive digitalization strategy. 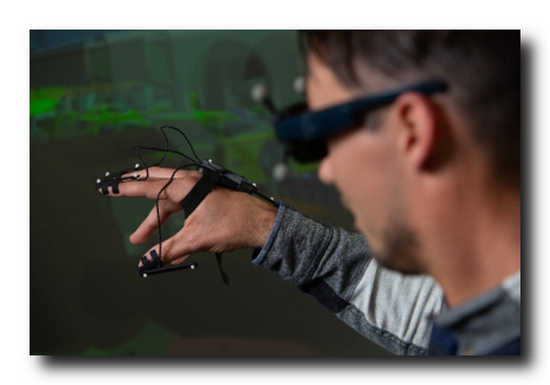 Virtual reality is not only used for the planning of filling and packaging systems at Optima. Trainees and students are also familiarized with the new technology at an early stage. The mechanical engineering company has now been awarded for measures such as these.

Digital solutions are firmly established in many of the company's departments

The special purpose machine manufacturer from Schwaebisch Hall, Germany, uses the potentials of digitalization in many areas – including human resources. The company has now been awarded for that. The Industry 4.0 solution, titled "Human Resources as an Accelerator of Transformation", incorporates several complementary human resources tools and initiatives that support employees and managers – from personnel planning to human resources development. "With these measures, we successfully support our employees in the future of work," said Sebastian Henke, Director Human Resources of the OPTIMA packaging group GmbH. "The human resources tools are oriented toward target groups and applications, and focus on the needs of individual employees," Henke continued.

OPTIMA proactively integrates employees and management into the subject of digitalization

Among other things, this includes active internal communication on the topic of the future of work in internal media, the introduction of active sourcing and the Packaging Valley e.V. Virtual Reality Center in university marketing and vocational training. Management actively informs the company about future requirements connected with digitalization. Industry 4.0 and necessary qualification measures are an important topic in performance reviews.

The human resources development program at Optima prepares employees for the future. It includes numerous training offerings on digital subjects and agile work. At the moment, the company is about to conclude a collective bargaining agreement that comprehensively regulates mobile work and gives employees more flexibility. In addition, the works council and the Human Resources department are closely exchanging views on the goals and requirements of Work 4.0.

Market relevance and level of innovation are crucial

A successful application for the competition depends on the market relevance and the solution's level of innovation. The competition is oriented toward companies from Baden-Wuerttemberg, primarily those that are small or mid-sized. A jury of experts from Allianz Industrie 4.0 judges the applications received. It is composed of representatives from business, science, chambers of industry and commerce, unions and politics. Award-winners include well-known companies such as SAP, Bosch, Siemens, Wuerth, Kaercher and ebm-papst.

OPTIMA packaging group GmbH with headquarters in Schwaebisch Hall, Germany, teams with its subsidiaries to design and build packaging equipment for pharmaceutical, consumer, nonwoven and life science products – from single standard machines to complete complex turnkey systems. Whether custom solutions or modular standard units, functions are consistently tailored to the specific needs of the customers and their industries. Optima is the worldwide leader in packaging technologies for many fields. Founded in 1922, the family owned and operated business is in its third generation and employs a workforce of 2,400 at its five sites in Germany and 14 locations abroad. An export share of more than 85 % is indicative of the company’s international standing

UK factories must be in a position to compete with technologically advanced rivals on an international stage say World Wide...

Belden Inc. has released a new version of its Hirschmann Industrial HiVision network management software, which is designed to help...

Translation of latest news into English: Enersize has with the company's Chinese partner Beijing Join Team as a contractual middleman...

The far-reaching consequences of REACH

As the EU REACH legislation enters its final phase, the financial, administrative, occupational health and safety, and R&D challenges for...

CED Stone Group based in Thurrock in Essex, has experienced a number of improvements to its palletising process since upgrading...

Senseye announced as IoT One to Watch for Industrial IoT software

After American Registry for Internet Numbers (ARIN), a non-profit organisation administering IP addresses in the U.S., Canada, and the Caribbean,...

New white paper shows how an edge programmable industrial controller can simplify, reduce costs, and increase security for IIoT and...

One rope hoist. Two designs. Many possibilities. Whoever needs a new rope hoist is spoilt for choice. With the Demag DMR modular...

CETA Testsysteme GmbH is a manufacturer of leak and flow testers with over 30 years of experience in the field...