Overture will be the first airliner to enable supersonic transportation for tens of millions of people, advancing Boom’s vision to remove the barriers to experiencing the planet

Boom Supersonic, the Colorado company building a radically faster commercial aircraft, announced that it has closed a $100 million Series B investment round, bringing total funding to over $141 million. Investors, led by Emerson Collective, include Y Combinator Continuity, Caffeinated Capital, and SV Angel as well as founders and early backers of transformative companies like Google, Airbnb, Stripe, and Dropbox. The proceeds of Boom’s Series B round, which include $56 million in new investment as well as previously-announced strategic investments, allow the company to advance the development of its Mach-2.2 commercial airliner called Overture. 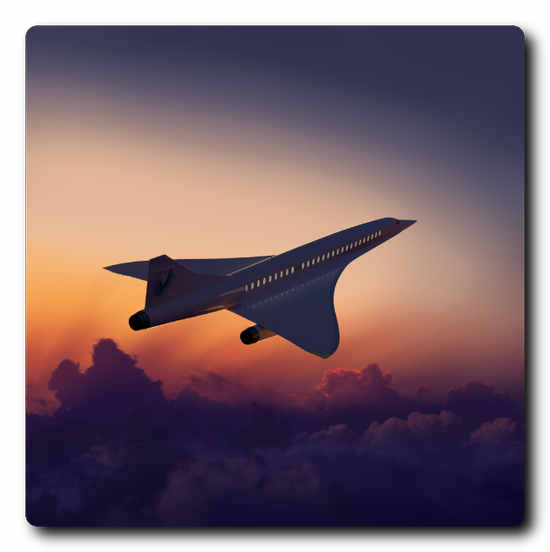 “This new funding allows us to advance work on Overture, the world’s first economically viable supersonic airliner,” said Blake Scholl, founder and CEO of Boom Supersonic. “At Boom, our vision is to remove the barriers to experiencing the planet. Today, the time and cost of long-distance travel prevent us from connecting with far-off people and places. Overture fares will be similar to today’s business class—widening horizons for tens of millions of travelers. Ultimately, our goal is to make high-speed flight affordable to all.”

“Our interest in Boom is driven by its vision to enable greater human connection and more empathetic natural and cultural experience through ecologically conscientious design. Boom has the leadership, values, and potential to accelerate many advances—lightweight carbon composites and greener fuels—that will reduce the climate impacts of aviation,” said Andy Karsner, Managing Partner at Emerson Collective and leader of Elemental, its energy and environmental affiliate. “We’re thrilled to partner with a company that’s committed to revolutionizing travel responsibly.”

Overture will be the most community- and environmentally-friendly supersonic jet ever made. Thanks to advanced aerodynamics and engines, the carbon footprint will be similar to flying international business class today. Moreover, Overture is being designed to accommodate next-generation sustainable alternative fuels. At landing and takeoff, Overture will be as quiet as the subsonic aircraft flying similar routes today. 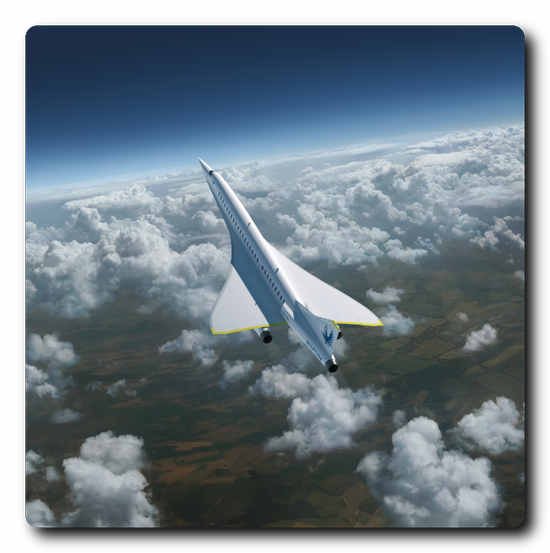 Boom is currently assembling XB-1, a ⅓-scale manned prototype of its Mach-2.2 airliner. XB-1 will be piloted by Chief Test Pilot Bill “Doc” Shoemaker and is set to fly later this year. As history’s first independently developed supersonic jet and the fastest civil aircraft ever built, XB-1 will demonstrate in flight the key technologies for mainstream supersonic flight: efficient aerodynamics, advanced composite materials, and an efficient propulsion system.

Boom is growing quickly as it ramps up development. Today, the company has a full-time team of more than 100 and anticipates doubling this year. To accommodate the assembly of XB-1 and development of Overture, Boom recently relocated to a large, state-of-the-art facility in Centennial, Colorado. Selection efforts are ongoing for the manufacturing site for Overture, which will begin passenger service in the mid-2020s. Future customers include Virgin Group and Japan Airlines, which have pre-ordered a combined 30 Overture airliners.

Boom Supersonic is the Denver-based company building supersonic airliners. Founded in 2014, its vision is to remove the barriers to experiencing the planet: time, money, and hassle. Boom is backed by world-class investors including Emerson Collective, Y Combinator, Caffeinated Capital, SV Angel, and individuals including Sam Altman, Paul Graham, Ron Conway, Michael Marks, and Greg McAdoo. The company has announced pre-orders of its Overture airliner from airlines including Japan Airlines and Virgin Group. For more information, please visit www.boomsupersonic.com

A group of 31 MPs from across the political spectrum have called on the Government to protect consumers from unsafe...

Moog – a designer and manufacturer of high performance motion control products, solutions, and services – will launch its new...

ABB signs up Hanley Measurement and Control as channel partner to help build its presence in the Irish process market...

The increase in oil exploration activities, investments in new refineries, and modernisation of existing facilities will spur the uptake of...

Memor™ 10 rugged mobile computer by Datalogic: DARE TO BE SMART

Datalogic, a global leader in the automatic data capture and process automation markets, is proud to announce the Memor™ 10...

As of 25 November, ÅF Pöyry is called AFRY. As part of our brand change, we are also enhancing our...

Meet the highest requirements with Alfa Laval diaphragm valves Alfa Laval has a deep understanding of the hygienic industries' demand for...

Södra welcomes Clerk, the company’s first digital robot employee. Clerk is a software robot that works in six departments and...

RANKED: The Countries Most at Risk of Cyber-Crime

The severity of cyber-breaches has become more and more intense in recent years. As a result, security experts at Specops...