Robot tax? A tax on robotics is as absurd an idea as a tax on pencils. As Britain’s political parties discuss a potential tax on automation and robotics, Nigel Smith, managing director of Toshiba Machine partner, TM Robotics, explains why slowing down the machine economy would lead to a productivity disaster. 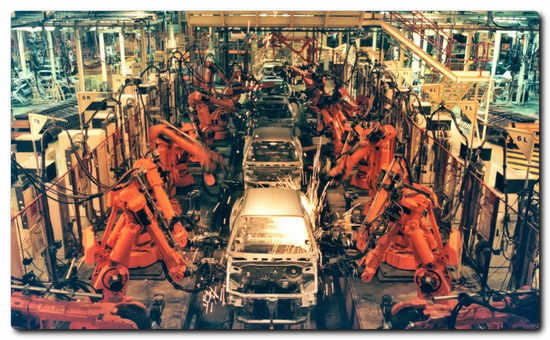 The world’s first robot tax was introduced in South Korea last year. The tax was created amid fears that a rise in automation and robotics was threatening human workers and could lead to mass unemployment in the country. But, this so-called robot tax was not actually a tax at all. Instead, the country limited tax incentives for investments in automation, lessening the existing tax breaks for automation.

Calling it a tax was simply rhetoric delivered by its opponents. Essentially, it was just a revision of existing tax laws. Regardless of its name, South Korea’s announcement sparked several debates as to whether a robot tax would be advantageous in other countries.

At the time, Bill Gates famously called for a technology levy, suggesting that a tax could balance the Government’s income as jobs are lost to automation. The levy was suggested to slow down the pace of change and provide money for Government to increase job opportunities in other sectors.

While most manufacturers and those operating in the robotics sector would disagree with the idea of a tax on robots, the debate does raise questions of how we tax employment in Britain — and how technology could affect this. The obvious fear at Government level is that if we replace people with robots, we reduce national insurance contributions, lessening a Government’s ability to support its people.

As an alternative, perhaps the answer to this problem is switching to a system where, rather than paying tax per employee through national insurance contributions, NIC was formulated based on a company’s overall operating costs. Using this method, NIC could take account of the impact of all forms of advanced technology, not just robots.

That being said, we are not tax experts at TM Robotics. However, we are experts in industrial robots. We sell industrial robots to manufacturers across the globe and advise them on how robots can increase productivity, efficiency and in turn, create new jobs.

Much of the debate about the potential robot tax has focused on the threat that robots and automation pose to humans. However, we should remember that robots don’t always replace a human job, often they work alongside people to reduce the risk of injury — particularly in the supply chain.

Consider this as an example. TM Robotics recently introduced a robot box opening cell to its range of industrial equipment. This type of automation would typically to be used by companies like DHL and UPS who are delivering product directly into manufacturing plants and retail warehouses to allow them to reduce the risk of injuries from knives. In this instance, a robot tax would undermine a company’s ability to deliver a safe environment for its workers.

The bottom line is that robots create jobs, they don’t take them away. This is supported by the UK Government’s recent Made Smarter review on digitalisation in industry. The review concludes that over the next ten years, automation could boost UK manufacturing by £455 billion, with a net gain of 175,000 jobs.

Robots are tools and they will create work, especially new kinds of work — taxing them would be a tax on net job creation. Instead of implementing a tax on robots, we should actually be providing tax breaks for companies investing in robotics.

About TM Robotics: TM Robotics has installed thousands of robots in factories throughout the world, including North and South America, India, Russia, Europe, the Middle East, Africa and Australia. Many of the top manufacturing companies depend on TM Robotics’ product offerings for their reliability, performance, and overall value.

In partnership with Toshiba Machine, TM Robotics is the only company that offers a comprehensive range of all three categories of robots; 6-axis, SCARA, and Cartesian. These are designed and built in-house.

Ranked as the top manufacturing simulation software vendor, Siemens scored highest in implementation and topped four of the ten scoring...

Pure Innovations ‘wowed’ by the speed and performance of the Kongsberg C44, supplied by CMYUK

Having been in the print business since 1983, Pure Innovations offers a range of services from 3D rendering to retail graphics, large...

Mail Handling International (MHI) reveals that Datalogic barcode scanning technology has enabled it to dramatically enhance speed and accuracy for...

With new data privacy controversies continuing to emerge on a frequent basis, putting the issue front and center for US...

Have you ever heard about an On-Board-Courier, OBC or even a Handcarry? No? The company Samedaylogistics deals with exactly these...

Vertical integration in the smart factory: Combating layers of communication

Manufacturers have long reaped the benefits of acquiring data from operational equipment, allowing machinery to communicate and improve the manufacturing...