A new ‘breakthrough’ inspection technology makes it possible to remotely scan and map areas of corrosion in inaccessible pipe walls for the first time.

QSR (Quantitative Short Range) - a new type of guided wave technology - can provide accurate measurements of pipe wall thickness in hard to reach areas such as behind wall supports. It is the latest innovation from Guided Ultrasonics Limited (GUL), whose CEO David Alleyne developed the original guided wave technique over 20 years ago as a student at Imperial College London.

David will be speaking about QSR at the Materials Testing 2017 exhibition in Telford on Wednesday, 6 September. 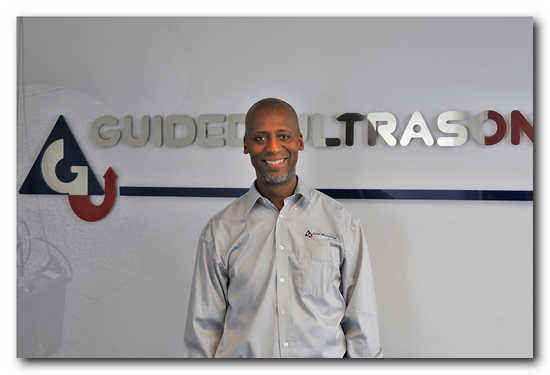 The original long-range guided wave technology is now used worldwide, and provides a fast and cost-effective way to screen large sections of pipe to identify any locations showing changes. As guided waves can propagate tens of metres, it is possible to remotely inspect areas that would be very costly to test using other methods - for example, the buried sections of road crossings or insulated pipelines.

However where changes are detected, more detailed inspections are required to determine the extent of corrosion – and until now such accurate measurement has only been possible by removing obstacles and testing directly at the exact position on the pipe wall.

David, who founded GUL in 1999 as a university spin-out, said the company recognised the need for a way to measure wall thickness remotely. “Often the places you really need to measure are in positions that you can’t reach directly and up to now, there has been no technology available to do this. It is a major problem and all sorts of solutions have been proposed, but they can only give an estimate and are not a reliable way to measure thickness. QSR allows you to rapidly scan wall thickness and provides an accurate measurement.” 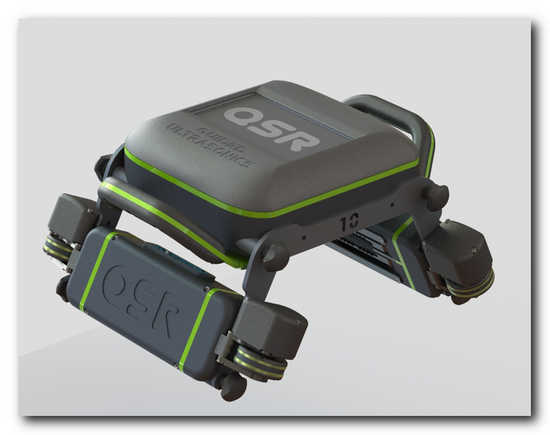 He adds: “Long-range guided wave technique was designed as a screening system for use with insulated pipes, however it is now widely used as a way to test buried pipes and for more general inspections. QSR has been developed as a scanning and mapping tool, with the areas behind pipe supports in mind, however it could be used to map any type of system corrosion. Like the long-wave technique, we believe it is a breakthrough technology and expect it will find much wider applications.”

Materials Testing 2017, the world’s most comprehensive exhibition of its type, takes place at the International Centre in Telford, West Midlands from 5-7 September and features a range of talks from industry speakers. David Alleyne will be speaking at 2pm on Wednesday 6 September.

Enabling innovation ~ Showcase your innovation at the UK’s largest annual engineering event ~ Advanced Engineering is on the lookout for...

–Enhancements to this core product in the OpreXTM Control and Safety System family of solutions that allow quick system upgrades...

HexArmor® has just announced that it has formed a strategic partnership with uvex Winter Holding, parent of the uvex safety...

ENGINEERING ON RED CARPET Semta Skills Awards Backed By Biggest Brands Turn on the spotlights, dust off the red carpet – the...

UK-based Rovco has successfully completed a subsea cable survey and inspection for the world’s largest and most technologically advanced offshore...

Allianz Industrie 4.0 honors company at award ceremony in Stuttgart The OPTIMA packaging group GmbH, based in Schwaebisch Hall, Germany, was...

Ava Group (ASX: AVA), a market leader in the provision of risk management services and technologies, has just announced the...

iXblue launches the Phins Compact Family, offering a full range of INS for all AUV types