Thanks to an increasing integration of communication devices in energy networks, as well as a growing understanding of component ageing processes, online state estimation could soon be a reality – helping network operators to guarantee against outages due to insulation failure and accurately plan infrastructure investments. 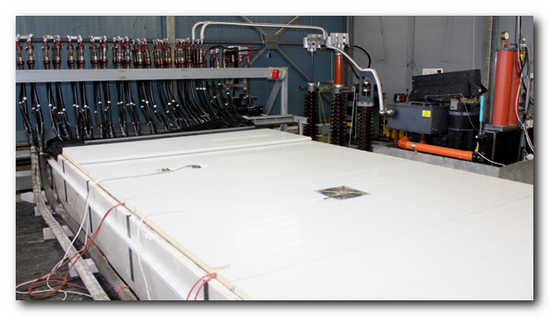 The way the world generates and consumes electrical energy has changed dramatically in the past 20 years, yet the distribution networks carrying this energy remain largely the same. Growing demand for power is placing ever higher volatile loads on these – often ageing – systems’ components, while the increasing integration of renewable energy sources means the load is also hugely dynamic, varying widely at different times of the year or even within a single day. Given that increases or changes in load can significantly affect the condition and remaining lifetime of a component, monitoring and diagnosis of components in the network have never been more important than today.

“The majority of power networks, especially in Europe and North America, simply weren’t designed for the kinds of loads they are experiencing today and many of the components are already at a critical age. Having a more accurate picture of the way these components’ lifetime is influenced in real time would offer network operators a huge advantage over the current offline monitoring done today,” says Dr. Ivana Mladenovic, research scientist in Siemens Corporate Technology’s Switching and Power Grids team within Power and Energy Technologies.

Dr. Mladenovic’s proposal for online state estimation and diagnosis of electrical power systems and components would enable network operators to guarantee power supply to consumers and optimize replacement schedules. “Network operators would be able to save money by only replacing components when strictly necessary,” she adds.

The increasing integration of communication devices into networks is already paving the way for this kind of online asset management planning – there is more data available to network operators on fluctuations in load than ever before. The next step is improving the energy community’s understanding of how network components and their insulation interact with the load.

“PILC (paper insulated, lead covered) power cables are one of the most important and vulnerable components with high capital value in the network. Therefore, I decided to take part in an international project with the goal of determining correlations between measurable diagnostic parameters and the remaining lifetime of the cables. For this purpose we developed a world-wide unique system for the artificial and accelerated ageing of the cables. Thus, it was possible to monitor ageing and diagnostic parameters during the ageing process of the cables in order to develop ageing models. Established models and 1TB of collected empirical data will enable an evaluation of cables’ remaining lifetime even during their field operation.

“I will share fundamental principles and methods as well as results with audiences at CWIEME Berlin as they could be applied also to windings, coils or entire transformers. The level of difficulty is dependent on the component and insulation system itself. For some components it may be even easier to find these correlation-curves than for others, then it’s up to the manufacturers whether they want to be a part of this. If they do, we could be seeing online asset management from network operators within the next five to 10 years,” she says.

Dr. Mladenovic first visited CWIEME Berlin in 2012 when she was sponsored by EEIM (European Electrical Insulation Manufacturers) and is looking forward to returning as a speaker. “I was impressed by the sheer size of the exhibition and there was so much to see in terms of component developments. This time I hope to get some interesting feedback on my research and to find out how audience members are solving their challenges and hopefully trigger some new innovations,” she says.

Dr. Ivana Mladenovic completed her undergraduate degree in Industrial Electrical Power Engineering at the University of Nis in Serbia in 2005 and was awarded a scholarship for young researchers by the Serbian Ministry of Science and Technological Development the following year. In 2007 she joined the Institute of Electrical Power Systems at the University of Erlangen-Nuremberg in Germany, where she worked on an international project on the artificial ageing of power cables, particularly the estimation of remaining service lifetime as part of her Ph.D. In 2012 her work was honoured with the John Neal Award from EEIM. After receiving her PhD in 2013, she worked primarily in the field of power grids and the integration of renewable energy systems. Since 2015 she has been working on power and energy technologies at Siemens Corporate Technology’s Research and Technology Center in the Switching and Power Grids group within Power and Energy Technologies.

RANKED: The Countries Most at Risk of Cyber-Crime

The severity of cyber-breaches has become more and more intense in recent years. As a result, security experts at Specops...

DLM3000 features improved precision and productivity from a compact package with interactive touch-screen display The new Yokogawa DLM3000 is the first...

Globalstar Europe Satellite Services Ltd., a wholly owned subsidiary of Globalstar Inc. and the leader in satellite messaging and emergency...

Anritsu Corporation is pleased to announce that its joint collaboration with Samsung Electronics’ System LSI Business on 5G New Radio...

Total technology industry venture financing deals in Q4 2019 worth $13.64bn were announced in the US, according to GlobalData’s deals...

The construction industry and artificial intelligence

Positioned, now and in the future, for the increased demands and functionality of the Internet of Things, Industry 4.0 and...

~ Staying one step ahead of criminals and terrorists ~ The nature of the threat posed by terrorism and criminal organisations...

Easy as this: Reduce cleaning time by 70% and operating cost by up to 80%!

Scottish Water getting more from its mobiles

Paroc customers to benefit from investment in Trzemeszno (Poland) factory