The University of Portsmouth is to host a new centre of excellence for satellite data, which will promote economic growth in the UK’s space sector.

The centre will allow the south coast business community to tap into satellite technology that could improve their products and services, for example, developing technology to help robot submarines use live satellite data to inform their route through the ocean – similar to drivers using live traffic updates. 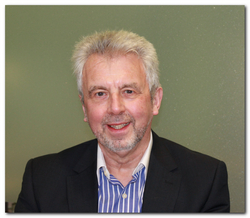 The new centre will use data from thousands of man-made satellites which orbit Earth. Some satellites take pictures of the planet that help meteorologists predict weather and track hurricanes, others are used mainly for communications, such as beaming TV signals and phone calls around the world. A group of more than 20 satellites make up the Global Positioning System, or GPS.

Experts at the centre will work with industry, particularly small businesses, to ensure they can use satellite data to make new products and services commercially available. Its market focus areas cover maritime and marine and autonomous systems.

Professor of Industrial Systems, David Brown, said: “Satellites looking towards Earth provide information about clouds, oceans, land and ice. They give us insight, collect and distribute vast quantities of data and give us a detailed picture of what is happening in our world such as allowing us to monitor and protect our environment, manage resources and respond to humanitarian disasters.

“To be leading this new centre is a great success for the University. The centre will encourage and promote collaboration between universities and industries, especially SMEs, which can only enhance and promote local economic growth.”

Professor Catherine Harper, Dean of the University of Portsmouth’s Faculty of Creative and Cultural Industries, said: “The Institute of Industrial Research has been working with businesses for a number of years to deliver solutions and opportunities of strategic importance to industry and research. University of Portsmouth's lead in this new innovative centre is of considerable significance to this city and region.”

A new centre of excellence is also being established in the south-west. There are existing centres in the East Midlands, north-east England and Scotland.

Universities and Science Minister Jo Johnson said: "The Government is backing the UK's successful space sector and ensuring more businesses can benefit from space technology through the Satellite Applications Catapult. These new and extended centres will deliver more support to businesses and scientists across the country, and help the space industry reach its ambition to grow to £40bn by 2030 and generate 100,000 new jobs.”

Stuart Martin, CEO of the Satellite Applications Catapult, said: “We’ve witnessed a significant upturn in regional engagement over the past two years through the initial three centres. This has included activities linking up the science base, large industry and SMEs to help develop satellite-derived applications and solutions.

“The network’s expansion to cover the southern region of the UK will hopefully result in generating further understanding and awareness of the opportunities that satellite data and technology can provide – especially among market sectors not currently engaging with them – and developing new commercial opportunities for the UK’s Space sector.”

The BACnet Testing Laboratories, BTL for short, have confirmed that the automation software zenon by COPA-DATA complies with the criteria...

Heritage Trade Frames, a fabricator of domestic and commercial windows, doors and conservatories in the North West of England, has...

Many industrial manufacturers find themselves at a technological crossroad as they can no longer employ traditional methods to boost productivity...

For the first time ever on Sheringham Shoal offshore wind turbine farm, drones were used to inspect all 264 turbine...

In a project to increase safety, Rotork Skilmatic SI electro-hydraulic actuators have been installed in the Joint Users Hydrant Installation...

The BLOODHOUND Project, an ambitious British bid to set a new world land speed record in a supersonic car, has...

Metso signed a total of 24 new distributor agreements globally for its valve and valve controls businesses during 2017. The...

Manufacturing operations across a wide range of industries rely on dispense technology for adhesive and bonding applications. While in some...

The R2300 from Pepperl+Fuchs Impresses with its Precise Measuring Technology and Performance Tailored to its Application At the 2019 SPS trade...