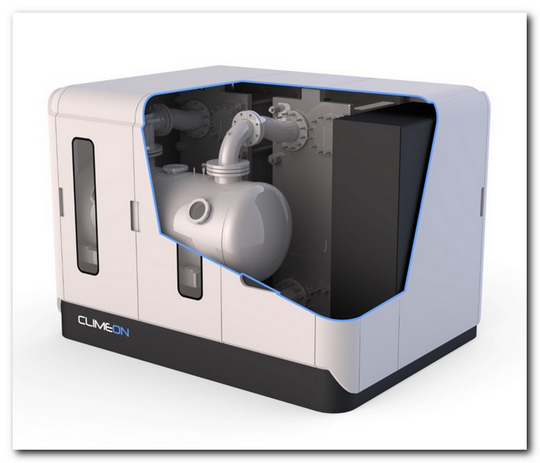 November 17th, 2015, Climeon was awarded "Technology Innovation Award" at the "Excellence in Best Practice Award Banquet" hosted by Frost & Sullivan in Frankfurt, Germany. Frost and Sullivan also released a report on Marine Waste Heat Recovery Solutions rating Climeon as #1 with a scoring of 9,2 (excellent) on a scale from 1-10. 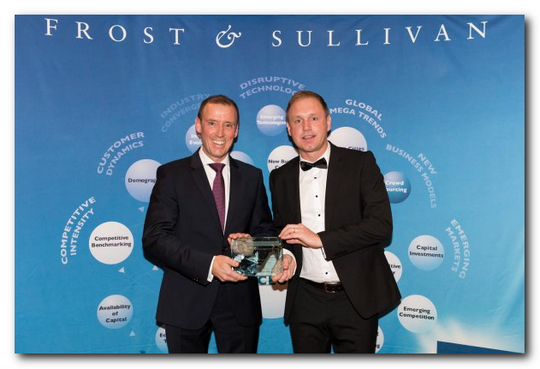 In their report Frost & Sullivan conclude that the technology “provides customers with superior operating efficiency“ and that Climeon delivers “a high return on investment” to its customers.

- It’s a great honor for us winning such a prestigious award, says Climeon CEO Thomas Öström.

In their conclusion Frost & Sullivan states that they “…fully expect this system to take off within the marine industry”. Key benefits from the system include:

Climeon Ocean is a system that converts hot water between 70-120 oC into 100% clean electricity. The system is scalable from 150 kW up to 1 MW. Each unit can help customers reduce CO2 emissions up to 5 000 metric tons per year.

With its record high efficiency and compact design, the solution does this at a cost typically lower than traditional energy sources, such as coal and oil. As a consequence, this clean electricity source becomes a true alternative energy source with a potential to significantly impact the global CO2 emissions.

The UK’s largest annual engineering show, Advanced Engineering has announced some of the guest speakers that will be presenting at...

HARTING has launched a new M12 PushPull metric circular connector solution that is compatible with the needs of factory automation...

Global Marine Electronics Market Revenue To Expand At A CAGR Of 6.5% During The Forecast Period (2018–2028)

Emerson celebrates 10 years, 10 billion hours of industrial wireless operations around the world After a decade of pioneering wireless technologies...

Anritsu Corporation and dSPACE, two leading companies in testing and measurement as well as simulation and validation, will jointly demonstrate...

Error rate is reduced and documentation is simplified by HARTING’s auto-ID solution An RFID system in which PCBs communicate with their...

PI Match looks at some of the big-ticket issues facing the process control and instrumentation sector in 2014, and the challenges and opportunities they...

Software as a Service For Banks: Key Features

Why banking SaaS should be regarded as a full-service system, providing both front-end and back-end services with large flexibility SaaS (Software...

Sulzer has once again broken the conventions in the name of efficiency. The new CPE ANSI process pumps are specifically...