ALTHOUGH the dangers of carbon monoxide (CO) in the home are well publicised, the risks associated with the ‘silent killer’ in the workplace are often overlooked according to a warning from workplace equipment supplier Slingsby. 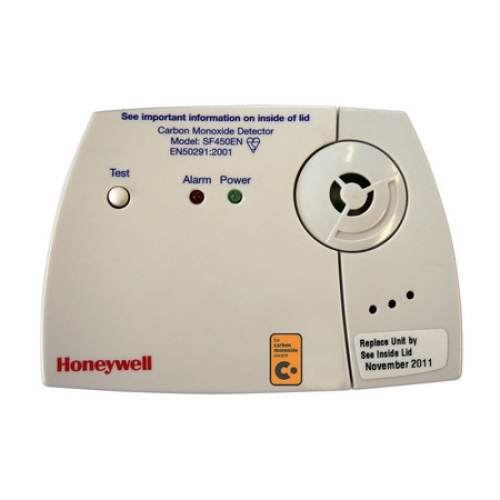 Slingsby supplies more than 35,000 workplace products across all industries and the company is now stocking carbon monoxide alarms to help tackle the problem in the workplace.  CO is a colourless, odourless, tasteless and poisonous gas that occurs when faulty boilers, generators and other combustible appliances fail to properly burn carbon-based fuels.

Inhaling CO prevents the blood from carrying oxygen around the body and early symptoms of CO poisoning can be confused with food poisoning, viral infections and flu.  Headaches, dizziness, breathlessness, nausea, chest pains and tiredness are all common side effects and anyone exposed for a long period of time can fall unconscious and even die.

Slingsby’s Marketing Director, Lee Wright, explains: “CO is very difficult to detect because often people don’t realise they’re breathing it in, until it’s too late.  While many people are aware of the dangers associated with CO at home, where carbon monoxide detectors are commonplace, many don’t give it a second thought at work even though the alarms are cost-effective and easy to install.

“The main causes of carbon monoxide poisoning in the workplace include poorly maintained and defective appliances combined with inadequate ventilation.  Warning signs that indicate combustion problems in boilers and other appliances can include flames burning orange rather than blue, soot or brown staining and pilot lights regularly going out.  In order to minimise the dangers, all boilers and fuel burning appliances should be serviced at least once a year and any vents and exhaust outlets should be checked regularly for obstructions to ensure gases can escape.”

Slingsby was established in Bradford during 1893 by Harry Crowther Slingsby who designed and created a range of robust trucks and trolleys to move heavy loads horizontally around large buildings. Several members of the Slingsby family remain on the board of directors and whilst the company is still famous for its manual handling equipment, it now supplies more than 35,000 workplace products to a full range of industries via its catalogues and website. For further information visit www.slingsby.com

Forum  Energy Technologies, Inc. has delivered a Remotely Operated Vehicle (ROV) to ESEA Submarine AS to perform a variety of...

Electric vehicle development is moving at a rapidly increasing pace. There is great potential for heavy-duty vehicles, but it involves...

New order in Sweden in the powerline inspection area

DRONE VOLT, an embedded artificial intelligence expert and manufacturer of professional civil drones, has announced a new order in Sweden...

~ The future of vision systems in manufacturing ~ With four times as many as colour receptors as humans, the Mantis...

Launched within the framework of DIMECC Oy’s LIFEX programme, the MIDAS project, which focuses on artificial intelligence, is Finland’s first...

Finding that happy medium between a pump that can handle high temperatures but also handle highly viscous products appears to...

Emerson (NYSE: EMR), a global automation technology and engineering company, has been named the `Industrial IoT Company of the Year’...