In industry, voltage distortion caused by current harmonics can wreak havoc on a plant. Damage can be serious, causing voltage notching, motor vibration, arcing, nuisance tripping, electromagnetic interference (EMI/RFI) and overheating. Thermal stress can cause components to wear out quicker and results in increased energy costs in the long term.

Recent decades have seen a rise in the use of non-linear loads such as transistor based variable speed drives (VSDs) and line commutated DC drive systems. The processes of high frequency switching and pulse width modulation (PWM) introduce unwanted multiples of the fundamental 50hz frequency in the form of harmonics.

Industry challenges
Various approaches have been used to combat harmonics over the years. This has led to many suppliers using setups which are not meant for harmonic mitigation, in complex configurations that often raise costs.

There is the added issue of meeting international requirements such as IEEE-519 which limits harmonic frequencies. Some form of filtering is subsequently recommended. 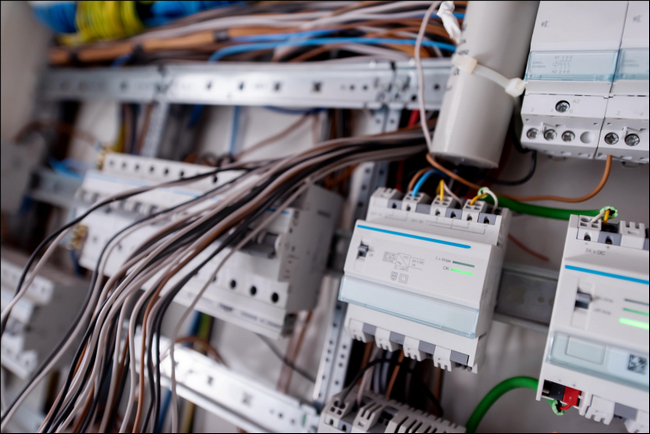 As series solutions operate in line with the load, units must be sized for the full current load. Shunt units are sized based on the harmonic disturbance. There are options available that offer shunt-active, series-active, shunt-passive and series-passive solutions.

Series-passive
A straightforward series-passive solution can be achieved using a line reactor. This is a three-phase choke placed in front of the rectifier. It can reduce current harmonics, while adding a level of protection to the rectifier. However, it's unsuitable for large drives and is unable to meet IEEE519 standards alone.

The next option is to use a series harmonic filter. It provides effective compensation, significantly reducing total harmonic distortion (THD). Although it works well as a "catch-all" it is grid sensitive and may lead to interaction. It's also not particularly suited to dynamic applications, working best on a well-balanced supply.

The last series-passive solution is multi-pulse — a multi-winding transformer with phase shift in the windings. Because every secondary winding has its own rectifier, an 18-pulse configuration can target and effectively cancel out the 18th, 19th, 35th and 37th harmonics.

The downside is that it's very sensitive to unbalance. At less than 100 per cent load, the current THD doubles from 8 per cent to 16 per cent. Units are also often large and difficult to retrofit.

An inherent weakness of passive solutions is the inability to control the load. The grid loading can cause several fine-tuned shunt filters to interact, resulting in resonance with other equipment.

Series-active
Series-active takes the form of an Active-Front-End (AFE) variable speed drive (VSD). It replaces the rectifier diodes in a regular VSD with an IGBT controlled rectifier to eliminate switching based signal noise and introduce regenerative braking.

Although this unit may at first seem to eliminate harmonics, this means twice the heat and with a 200kW AFE it soon adds up. For the panel builder or system integrator, bigger cooling systems are needed to cope with the excessive heat.

AFEs are great at significantly lowering THD and maintaining good power factor. However, to maintain a small form factor, lower switching frequencies are used, which result in high switch ripples on the voltage waveform. This can cause equipment to nuisance trip and malfunction.

Shunt-active
For shunt-active solutions, users may consider an active filter. It is particularly suited to VSD harmonics. It can cancel out harmonic frequencies by injecting equal and opposite, phase shifted, current frequencies.

Shunt active filters provide the most efficient harmonic compensation in a compact unit which has little loss, is insensitive to grid conditions, cannot be overloaded and is easy to retrofit. It is more costly but offers a better return on investment over the longer term.

Effective harmonic mitigation may seem intimidating, but it doesn't have to be. Understanding the differences between various techniques can yield better cost savings, reduce complexity and prolong equipment life.

About CP Automation: CP Automation is a specialist in the repair and replacement of automation equipment including electronic boards, PLCs and Ac and DC drives. It was established to provide an independent maintenance service, without exclusive ties to any manufacturer. However, it does have strong relationships with the principal inverter, encoder, resistors and motor manufacturers.