Warrego Energy, along with its 50:50 joint venture partner, Strike Energy, has announced the spudding of its second well, West Erregulla 3 (WE3) on the EP469 concession in the Perth Basin, onshore West Australia.

After a safe and successful mobilisation and third-party inspections, the joint venture’s Ensign Rig 970, began drilling on Monday 21st September 2020.

This is the second well to be drilled by Warrego following its ground-breaking WE2 well drilled last year. WE3 is the first of a three well appraisal drilling campaign on the West Erregulla field located within exploration permit 469 which Warrego Energy acquired in 2007. The field forms part of a triangle between Mitsui’s Waitsia wells and Beach Energy’s Beharra Springs Deep, which has been claimed to have the potential to hold a world-class hydrocarbon deposition.

West Erregulla-2 was spudded in June 2019 and drilled to a total depth of 5,100 metres, the deepest well drilled in onshore Australia, flow tests achieved a world class maximum flow rate of 69million standard cubic feet of gas per day. 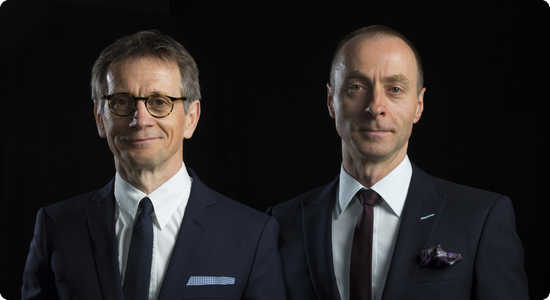 This latest appraisal drilling campaign is one of a string of positive announcements for Warrego Energy, which was formed in late 2007 by Scots Dennis Donald and Duncan MacNiven. For thirteen years, the founders have battled to build a leading international  oil and gas company that will respect and tread lightly on the land. The company is managed by entrepreneurs and is committed to maximising stakeholder value through the application of new technologies and thinking.

Chief executive, Dennis Donald, said: “Despite significant odds, we have taken the company to a point where Warrego Energy has the potential to become a formidable energy business. The major discoveries of the West Erregulla-2 well helped consolidate our position as a key player in the Perth Basin and has laid the foundation for exploration and appraisal success through our current campaign.

“Warrego Energy truly is on the cusp of becoming a major, international onshore, conventional gas exploration and production company. Very few oil and gas businesses start with a bare exploration block and move through a ten-year plus work sequence to eventually take that block into production. We truly believe that we will achieve that distinction.

“We share the widely held view that natural gas is a transition fuel – one which will enable future renewable energy solutions. Natural gas, the cleanest burning hydrocarbon source, will play an increasing role in addressing climate change. LNG terminals are being constructed around the world at pace, making gas easily transportable and competitive with oil and other energy sources. With a significant, readily accessible, unencumbered conventional gas resource, Warrego Energy intends to play its part in the energy transition in Western Australia and Europe.

“With the advent of the 5-year delays to the offshore Browse and Scarborough projects the energy hungry Western Australian domestic market will be an even more receptive market for Warrego’s production gas.”

Following the reverse take-over of Petrel Energy in 2019, Warrego Energy acquired a listing on the Australian ASX market and excellent prospective assets in Spain. Their Tesorillo onshore project is in the final stages of gaining government permit approval. The North African Maghreb-Europe gas trunkline which makes landfall within the permit area, will provide ready access to lucrative Spanish and Portuguese gas markets.

Duncan MacNiven added: “It’s been a roller-coaster of a ride but we’re now well on our journey to realise the true underlying value of our total asset portfolio.

“Our interests in two continents, Australia and Europe, mean that we can fast-track key learning and introduce enabling technologies between each.

“Global political and economic conditions, which had deteriorated in 2019, have only worsened this year with the coronavirus pandemic. However, with our agile, responsive approach, free from the bureaucracy and overhead burden of many traditional oil and gas businesses, we are responding well. The skills and experience inherent in our lean team reduce technical and investment risk, ensure efficient execution and maximise the potential for all stakeholders.

“We’re concentrating on our high-grade assets with above average geological and geophysical features, excellent proximity to pipelines, infrastructure and markets and low-cost development potential.

“With David Biggs, a highly experienced and capable CEO, in place in Australia, Dennis and I are now focused on building out our European operations, engaging investors and maximising current appraisal and production projects in Spain.”