Asia is expected to lead the global chlorine capacity additions by contributing about 69% of global growth from new-build and expansion projects between 2020 and 2024, says GlobalData, a leading data and analytics company. 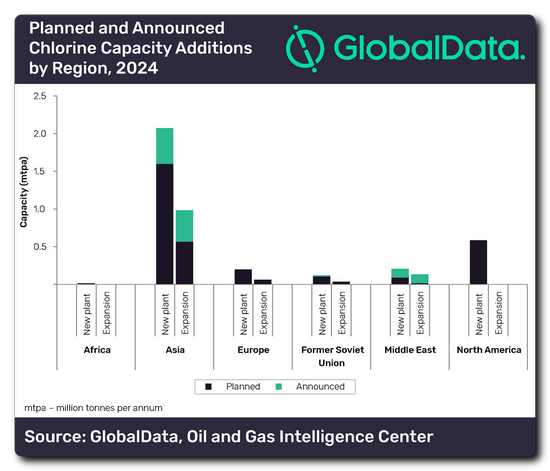 GlobalData identified North America as the second largest region in terms of capacity additions in the global chlorine industry. The entire 0.59 mtpa of the chlorine capacity comes from a planned project, ‘Shintech Plaquemine Chlorine Plant 2’, which is expected to commence production in 2021.

The Middle East stands third, with a new-build and expansion chlorine capacity of 0.34 mtpa by 2024. The major capacity additions will be from the United Arab Emirates, which is expected to contribute about 0.28 mtpa by 2024.