While the UK's Office of National Statistics reported a surprise 4% dip in construction output and flat growth in manufacturing in November compared with October 2013, signs overall for the industrial process sector remain positive.

Production output in November 2013 was up 2.5% year-on-year, reflecting rises in manufacturing, including iron & steel, as well as the mining & quarrying, water & wastewater and waste management sectors.

Even more positively, market watcher Glenigan has recorded a sharp uplift in the underlying value of projects starting on site. This, it said, is being helped by growth in the civil engineering, utilities and manufacturing sectors.

For the sector overall, Glenigan's Construction Prospects for 2014 report shows that the value of projects receiving detailed planning approval have been improving steadily over the last six months.

"A firm development pipeline of projects is now in place. Project starts are forecast to rise 4% in 2014, as private sector investment drives new activity," the report stated.

Glenigan's forecasts include strong growth in the value of industrial projects being brought to site during 2014 - in contrast to the slump in new starts during the first half of 2013, as economic confidence faltered.

Data for the second half of 2013 shows rapid growth in project starts. This is expected to continue through 2014 across the main sectors of the industry, including an expected 35% rise in the utilities sector.

According to the report, utilities project starts will continue the rapid expansion seen during the second half of 2013 as a stream of renewable energy and waste treatment projects move forward.

"Renewable energy will be the main source of growth in 2014, following a 40% increase in planning approvals this year." said Glenigan.

The firm also pointed to "strong growth in the value of waste-transfer stations, as a range of projects to generate energy from waste and maximise recycling have begun on site."

However, the largest project expected to start on site this year is Hinkley Point C power station. This, noted Glenigan, is set to provide a major boost to the sector’s prospects over the next few years. Among the awards to date is a £2-billion contract for the main civil engineering work on Hinkley Point C has been awarded to a JV between Laing O’Rourke and Bouygues TP.

The big news in the engineering sector was Foster Wheeler AG's agreement of provisional terms for the group's £1.9-billion takeover by AMEC plc.

The deal, said AMEC, would add mid- and down-stream capabilities to its existing upstream focus, and more than double revenues in 'growth regions'. (see PIM report) .

Elsewhere, the UK engineering sector has seen the long awaited judgement in the dispute over the dismissal of Redhall Engineering Servces Ltd as mechanical and pipework contractor at Vivergo's Saltend Chemicals Park Site in Hull.

Given that Vivergo's decision, back in March 2011, was due to project delays during the building of its new bioethanol plant, it was ironic that it took the Technology and Construction Court so long to reach a verdict in the case.

As announced on 16 Dec, the Court found that the contract had been "unlawfully terminated" and that RESL had been entitled to an overall extension of time on the contract of 24 days.

"Whilst the overall extension of time is below our expectations it provides a framework to quantify our claim and the award precludes Vivergo from making any claim against RESL for the additional costs associated with the termination of RESL’s contract," said parent Redhall Group plc.

For its part, Vivergo - a JV between BP, British Sugar and DuPont -  said the Court had decided that Redhall had been "in material breach of contract" and responsible for the majority of the delays to its works.

The company further stated that the Court had reduced Redhall's extension of time claim from an initial position of 158 days to around 15 working days.

Following the ruling, Redhall said it would enter into discussions with Vivergo with the objective of reaching a financial settlement arising from the judgement as soon as possible.

Business progress
Among recent contract announcements, meanwhile, Capula is to carry out a site survey at Severn Trent Water's Goscote wastewater treatment works, near Walsall, UK. The aim is to identify areas for operational improvement around the site's SCADA systems.

The findings are to be reviewed with Severn Trent Water in early 2014 and used to guide the client’s business plan for AMP6.

Capula was selected to provide these consultancy services based on its role as ICA&T Framework Partner to Severn Trent Water for AMP6, said Neil White, business development manager at Capula.

“The success of this survey could lead to similar ones being rolled out across further sites in the client’s portfolio,” White commented.

Part of the funding will be used to help Stopford start a JV in Abu Dhabi to create a centre offering services for the environmental technology, training and multi-disciplinary consultancy sectors in the Middle East and North Africa.

The company said it would also use the investment to support new projects and initiatives in China, centred on the energy from waste, commodity recovery and remediation sectors.

Meanwhile, a newly-developed innovation centre, in Ellesmere Port, is to serve as Stopford's UK hub to provide bespoke training and technology demonstration to overseas delegations.

Back at Redhall, meanwhile, the group reported that trading for its financial year ended 30 Sept 2013 was broadly in line with market expectations. This is despite some earlier delays to projects in manufacturing and a dip in the volumes of work from the two key nuclear framework contracts.

With an order book standing at £115 million, the group anticipates converting some high-level prospects in early 2014, and to secure significant work the UK’s nuclear new build programme from 2015. 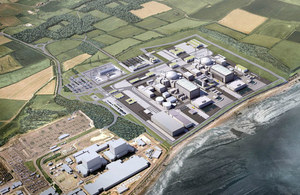 To take advantage of the opportunities within the UK nuclear new build programme, the group has set up strategic alliances with French companies ACPP and Baumert.

The ACPP-Redhall JV primarily focuses on the design, manufacture and installation of the stainless-steel pond liners, tanks and sumps required. The deal with Baumert – part of Groupe Gorgé – is designed to facilitate a turnkey package offering that includes design, manufacture and installation for shield and security doors used in nuclear power stations.

Among recent moves, K Home International on 9 Jan announced the appointment of Amanda McMahon manager of engineering, with responsibility for over 100 engineers and designers. She replaces Rob Mietelski who has retired.

A chartered engineer and associate member of the Chartered Management Institute, McMahon has 18 years' experience in both technical and managerial roles - mostly at K Home.

PM Group has appointed Liam Foley, MD of its US operations, and John C O’Connell operations director for its Cork and UK operations, to its board.

With PM Group since 1989, Foley has worked in roles including engineering, project management and business development. Foley has a chemical engineering degree from University College Dublin and holds a H. Dip in Marketing & Management from UCC.

O’Connell has been with PM Group since 1999 and has worked in design, project management and operations management roles. A chartered engineer (civil) with both a bachelor and masters degree from University College Cork (UCC), O'Connell also holds a H. Dip in management & marketing from UCC.