PI Match monthly review of new technology introductions and developments that are likely to make a significant impact in the process sector:

PIM has previously featured BP's adoption of RFID and GPS technology to track the movement of parts and equipment for the Clair Ridge project. A key enabler of this innovative approach is the Star Controller system from Mojix. Based on technology developed for the Space Shuttle, this device can pick up RFID tags 200 metres away – rather than the normal range of around two metres. With BP now ramping up for the massive Shah Deniz project, further investment in this company and its technology could well be on the cards. (See Clair Ridge Project report)

Widely tipped as the technology company to watch in 2014, CalAmp is in the vanguard of developments around the Internet of Things. The US-based firm offers wireless and intelligent communications technologies, cloud services, and software applications for complex machine-to-machine (M2M) deployments. These are said to optimise operations by collecting, monitoring and reporting data and intelligence from remote assets. The company's target markets include the oil & gas, water & wastewater smart grid & utility sectors. 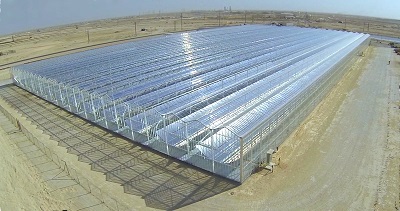 New systems for enhanced oil recovery (EOR) are constantly being developed. One of the more interesting approaches is GlassPoint's solar steam generators, which can replace natural gas in generating the steam injected into oil wells to boost recovery, reducing CO2 emissions by up to 80%. Supporters for the technology include Petroleum Development Oman, which has selected the technology for a solar thermal EOR demonstration project, while Shell has become an investor in Glasspoint. (Read more)

Last year BP Ventures announced an investment in an acoustic telemetry technology developed by XACT Downhole Telemetry Inc. for drilling and completing difficult offshore wells. The technology provides high-speed, real-time data transmission in conditions where traditional technologies are limited or ineffective. The XACT technology features a network of specialised collar-based components that are part of the drill pipe assembly. These built-in instrument nodes acquire and transmit data along the entire length of the drill pipe. The real-time telemetry is independent of fluid type and flow in the wellbore, or water depth – factors that commonly restrict or eliminate traditional methods such as mud pulse and electromagnetic telemetry.

Ireland-based company Ceramicx has been to the fore in championing industrial infrared heating technology around the world over recent years. At the last Total Process & Packaging show in Birmingham, company director Cathal Wilson presented some eye-catching advances in the mapping the energy required to heat material for various processes. This predictive science is expected to increase the appeal of IR heating among process and packaging companies worldwide by increasing production control and accuracy, and reducing energy costs.